The former wife of Georgian tennis player Nikoloz Basilashvili has accused him of assaulting her in front of their 5-year-old son. 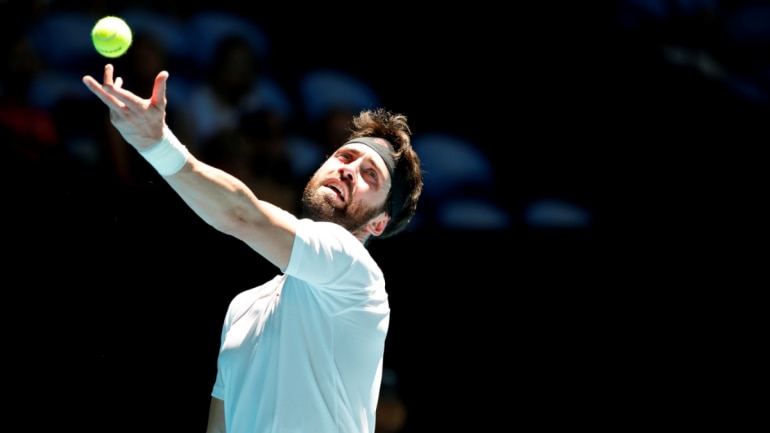 Basilashvili, 28, faces up to three years in prison, if found guilty (Reuters)

Basilashvili, ranked 27th in the world, has denied allegations that he attacked Neka Dorokashvili in front of their five-year-old son and he has been released on 100,000 lari ($26,000) bail.

The preliminary court hearing is scheduled for July 16.

Basilashvili, 28, faces up to three years in prison, if found guilty.

In other news from the sport, New Zealand will be proud to revive elite tennis next week when it stages the “Premier League” in Auckland, marking the southern hemisphere’s first pro competition since the Covid-19 pandemic brought global sport to a halt.

The men’s team-based tournament will run for three weeks from June 3, giving tennis-starved fans something to watch in the absence of the pinnacle ATP and WTA tours, which have been suspended since early March.

It will also have the sporting spotlight exclusively in New Zealand for its opening 10 days, having left professional rugby union’s June 13 restart in the dust.

All 112 matches will be staged without the general public in the terraces but the games will be broadcast live on Sky Sport’s Youtube channel, Sky Sport Next.

“As soon as rugby starts there’s probably no more talk about (anything else) in New Zealand so to get a week or two on them is a good thing.”