As heavy rains continued to batter Telangana and Andhra Pradesh, killing more than a dozen people, Prime Minister Narendra Modi on Wednesday interacted with the state chief ministers and assured all possible support. 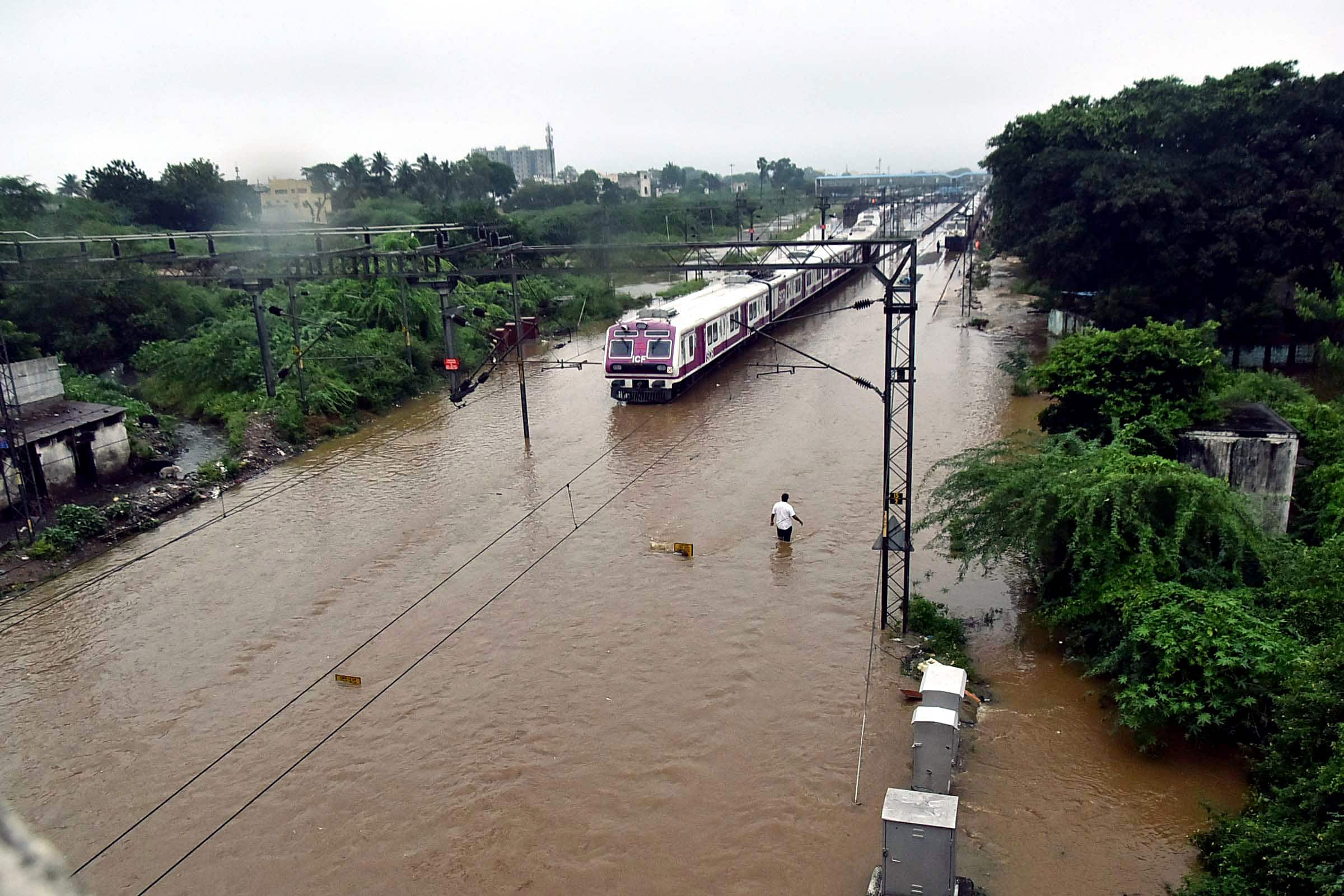 “Spoke to Telangana CM KCR Garu and AP CM YS Jagan Garu regarding the situation in Telangana and AP respectively due to heavy rainfall. Assured all possible support and assistance from the Centre in rescue and relief work. My thoughts are with those affected due to the heavy rains,”  the Prime Minister tweeted.

Spoke to @TelanganaCMO KCR Garu and AP CM @ysjagan Garu regarding the situation in Telangana and AP respectively due to heavy rainfall. Assured all possible support and assistance from the Centre in rescue & relief work. My thoughts are with those affected due to the heavy rains.

President Ram Nath Kovind also said, “Spoke with the Governor of Telangana, Tamilisai Soundararajan and CM Shri K Chandrashekar Rao and expressed concern over the loss of lives & destruction caused by incessant rain in Hyderabad & parts of Telangana. In this hour of crisis, the nation stands united with the people of Telangana.”

Spoke with the Governor of Telangana, @DrTamilisaiGuv and CM Shri K. Chandrashekar Rao and expressed concern over loss of lives & destruction caused by incessant rain in Hyderabad & parts of Telangana. In this hour of crisis, the nation stands united with the people of Telangana.

The Union Home Minister Amit Shah said, “MHA is closely monitoring the situation in Telangana and Andhra Pradesh in the wake of heavy rainfalls. Modi government is committed to provide all possible assistance to the people of both the states in this hour of need. My thoughts and prayers are with those affected.”

MHA is closely monitoring the situation in Telangana and Andhra Pradesh in the wake of heavy rainfalls. Modi government is committed to provide all possible assistance to the people of both the states in this hour of need. My thoughts and prayers are with those affected.

Fifteen people have died in Hyderabad in rain-related incidents, following incessant rainfall that lashed the city and different parts of Telangana, leading to waterlogging on roads and inundation of some low-lying areas. The deaths were reported since Tuesday night as downpour triggered wall and house collapse in different places here, officials said. 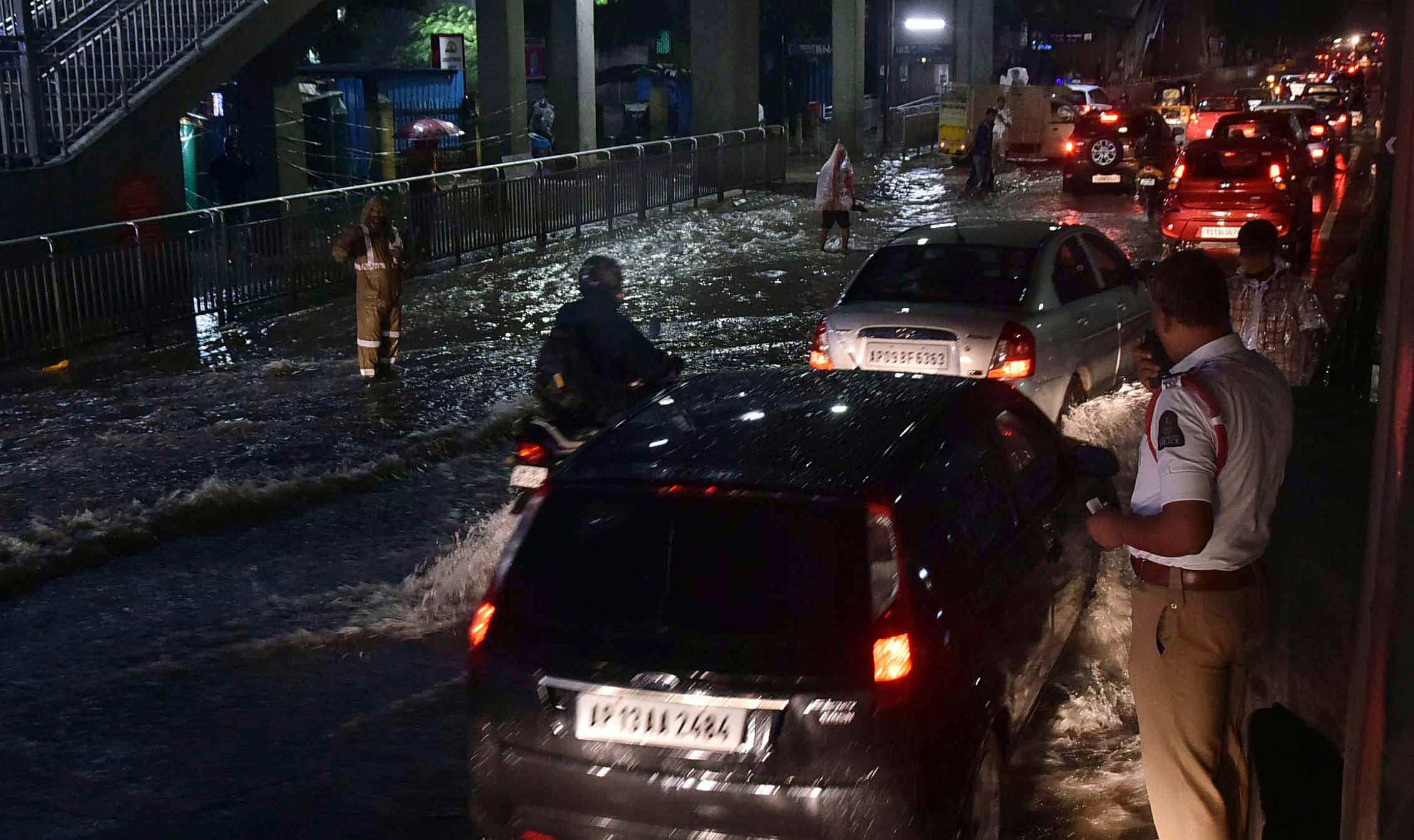 The state government has declared a holiday on Wednesday and Thursday for all private institutions, offices, non- essential services within Outer Ring Road here in view of rains. People were advised to stay indoors for the next two days as more rains are expected in the state.

“Telangana govt declares holiday for today and tomorrow for all private institutions/offices /non-essential services with work-from-home advisory. People advised to stay indoors unless there is an emergency,” said a release.

Minister for Municipal Administration and Urban Development KT Rama Rao and Animal Husbandry Minister Talasani Srinivas Yadav held an emergency meeting with senior officials and reviewed the rescue and relief operations in the city. Three members of a family, including a child, died in a house collapse in Gaganpahad area of Shamshabad this morning, police said. Ten people, including a toddler, died in two wall collapse incidents in Chandrayangutta police station limits. 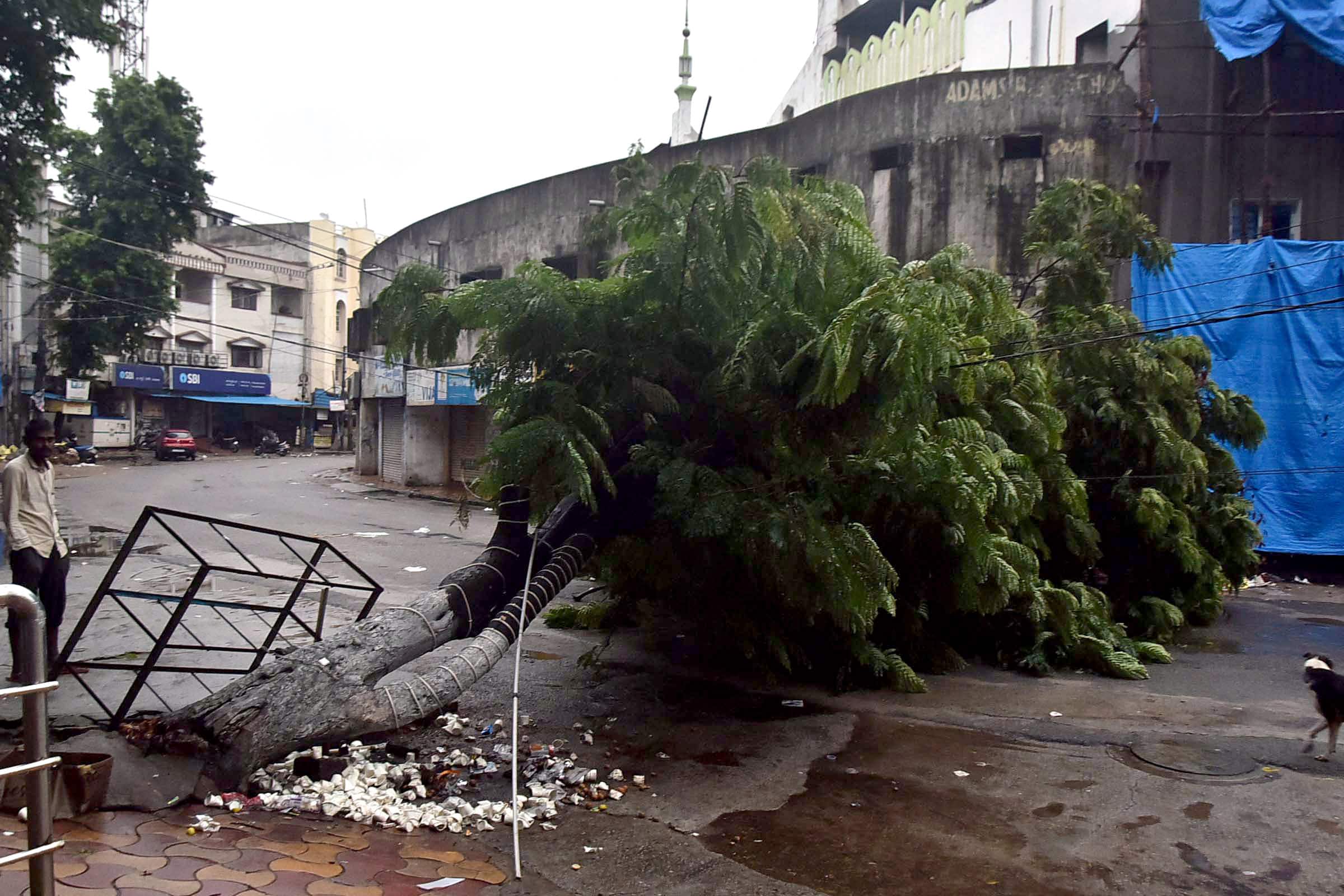 In another incident, a 40-year-old woman and her daughter died after the roof of their house fell on them at Ibrahimpatnam area hereafter downpour on Tuesday night. Several localities in the Greater Hyderabad Municipal Corporation (GHMC) limits received very heavy to extremely heavy rainfall leading to waterlogging on several roads and low lying areas.

Rivulets and other water bodies were in spate in Bhadradri-Kothagudem district in the state following heavy rains and the administration has advised people not to travel on or cross such rivulets and inundated roads.

Chief Secretary Somesh Kumar has instructed the officials of all district administrations to remain on high alert. Police teams and personnel of Disaster Response Force (DRF) of GHMC and NDRF evacuated several families from different localities that were flooded, even as rescue efforts were on in many other areas. The GHMC Mayor, Deputy Mayor, MLAs, and other elected representatives and officials have been ordered to be available in the field and continuously monitor and coordinate relief measures.

Rama Rao directed the Hyderabad and Ranga Reddy district collectors to coordinate with the police and Municipal Administration and Urban Development (MAUD) department to shift people residing in low-lying areas and on the banks of Nalas and Musi rivers to relief shelters.

As several trees and electricity poles were uprooted due to the deluge Rama Rao asked the Telangana State Southern Power Distribution Company Limited (TSSPDCL) officials to coordinate with MAUD and police to ensure power was restored at the earliest.

The power supply was suspended in most parts of the state capital on Tuesday as a precaution, the officials said adding the measure was taken for public safety. The traffic jam was witnessed along Vijayawada-Hyderabad highway and commuters were advised to take alternate routes while police personnel diverted vehicular movement on city outskirts. 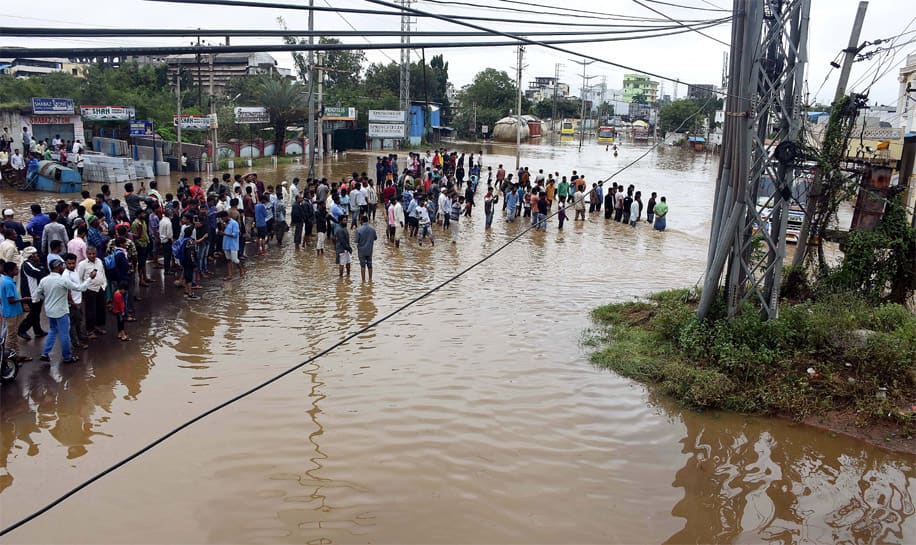 Ten people were killed in rain-elated incidents across Andhra Pradesh following a torrential downpour in the last 48 hours, the government said. Heavy rains continued to pound the state, causing damage to roads and disrupting power supply in several places. For the second time in less than 20 days, river Krishna remained swollen on Wednesday as it received a heavy flood due to rainfall over the last couple of days.

The second warning signal has been raised at Prakasam Barrage in Vijayawada as over 6.46 lakh cusecs of discharge was witnessed, posing a threat to the habitations along its left and right banks. Andhra Pradesh Chief Minister YS Jagan Mohan Reddy held a high-level meeting here and reviewed the situation. The CMO said in a release that 10 people died in rain-related incidents in the state in the last two days. The Chief Minister ordered that ex-gratia be immediately paid to the victim’s families. The amount, however, was not specified. He spoke to the district Collectors and SPs via a video link and directed them to remain on high alert as rivers and rivulets were in spate. He asked them to focus on restoration of power supply and repairs to damaged roads on a war-footing.

A breach occurred to the Sarada river bund near Yalamanchili in Visakhapatnam district, inundating over 2,000 acres of agricultural fields in the vicinity. Tandava, Raivada, Meghadrigadda projects in the district received heavy inflows and the flood was being discharged into the Bay of Bengal. The flood impact was felt in Chodavaram, Payakaraopeta, Yalamanchili and Anakapalli mandals in the district. The famous nurseries at Kadiyam near Rajamahendravaram were flooded due to downpour in East Godavari district.

Vamsadhara river in Srikakulam district received heavy flood under the impact of heavy rain in the catchment area in neighbouring Odisha. The first flood warning has been issued as more than 50,000 cusecs of floodwater was discharged at Gotta Barrage, the State Disaster Management Authority said. Disaster Management Commissioner K Kanna Babu, in a release here, asked people residing in low-lying areas and those in villages to remain on high alert and move to safer places in view of the flood.

The NBA will play a key role in Snap’s quest for...

CJI Bobde on ‘will you marry her’ remark