Hyderabad: In a heart touching story a seven-year-old boy from Hyderabad scaled the Mount Kilimanjaro at a height of 5,895 meters. At this tender age Virat Chandra Thelukunta achieved the impossible task of climbing the mountain peak.

He took the help of his trainer and his parents to help climb the difficult terrain of Mount Kilimanjaro, located at Tanzania in Africa. It took hims five days reach the summit.

Zee News report brings you the details of all this happened. 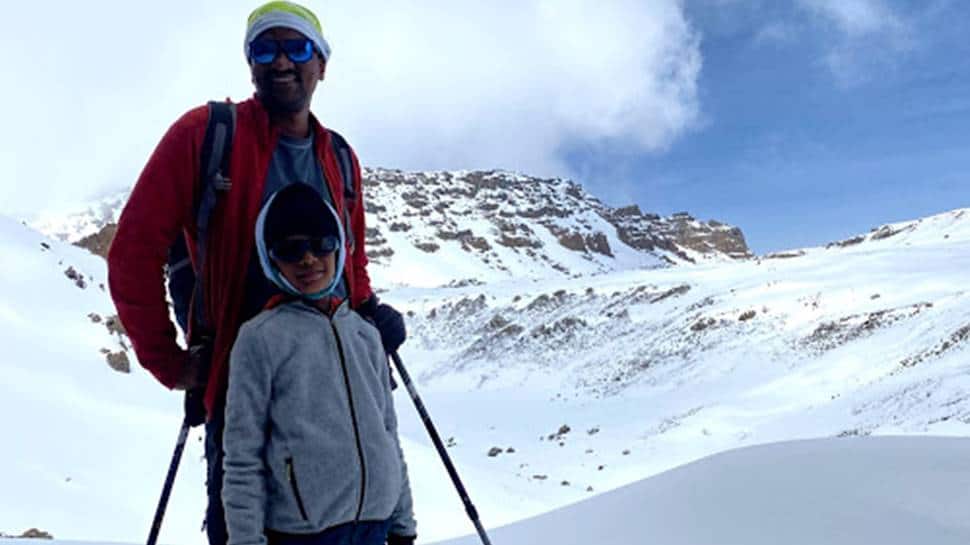 Virat Chandra Telukunta is 7-years-old and is studying in the Class 2, this young rambunctious boy managed to climb a mountain at the height of 5,895 meters. It is hard to imagine but Virat managed to achieve the impossible. Virat unfurled the tricolour on Mount Kilimanjaro, located in Africa’s Tanzania.

It took five Virat five days to reach to the peak of Mount Kilimanjaro and further one day to descend. Virat’s journey started on March 2 and he reached the bas camp with his trainer Bharat Tammineni on March 7.

What is further surprising that Virat has no prior experience of mountaineering or trekking. His burst of inspiration came during a video call with his cousins last year in October when he spoke to them on a video call as they were climbing a mountain in Uttarakhand. It was then that he had decided to climb a mountain as well.

Virat’s father Sharat Chandra is a businessman in Hyderabad Telukunta while his mother Madhavi Telukunta is a housewife. The special thing is that along with Virat, both of them also went to Kilimanjaro and covered the distance with him for almost 3000 meters.

Meanwhile, back home his grandparents were very upset in Hyderabad due to the global COVID-19 situation. Notably, Virat’s grandfather Pravin Kumar says no one in his family had ever shown such courage.

Virat’s family spent nearly Rs 11 lakh on the whole thing and their next stop is Australia.

No vaccine for 18-44 age group in Delhi, all vaccination centres to shut by Wednesday: Atishi | India News

No vaccine for 18-44 age group in Delhi, all vaccination centres...

Market could sink if Fed’s Powell ‘slips up’ during ‘heckling’