Sri Lanka’s 25-year-old pacer Shehan Madushanka has been detained by police for illegal possession of drugs. 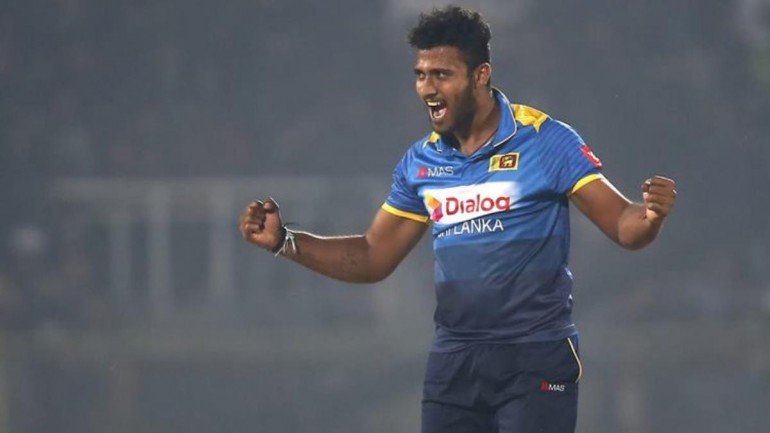 Sri Lanka pacer Shehan Madushanka has made headlines but all because of the wrong reasons. The 25-year-old has been found in possession of illegal drugs.

The police official told AFP that Madushanka was in possession of two grams of heroin when he was caught in the town on Pannala on Sunday.

Shehan Madushanka, who took a hat-trick in his ODI debut against Bangladesh in 2018, was stopped by the police while driving his car during the nationwide coronavirus lockdown in the island nation. Another person was accompanying Madushanka in the car.

The magistrate has ordered a two-week custody for the Wennappuwa-born cricketer before being produced before the High Court. Sri Lanka Cricket is understood to have been apprised of the development and will be expected to make an official comment shortly.

He had dismissed Mashrafe Mortaza, Rubel Hossain and Mahmudullah to register a hat-trick in his only ODI at Dhaka. However, his career did not shoot since then and he could play only 2 T20Is after that.