Mohammad Asif has claimed that his former teammate Shoaib Akhtar had created some real problems for Sachin Tendulkar during the Karachi Test of 2006. 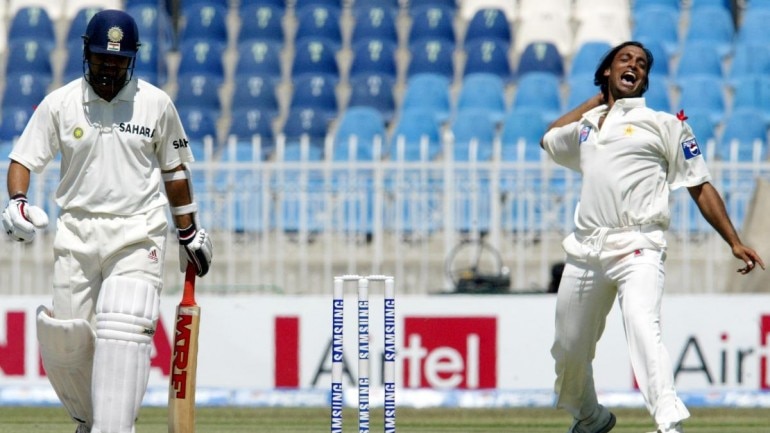 Former Pakistan fast bowler Mohammad Asif has claimed that his Pakistan teammate and fellow pacer Shoaib Akhtar had once put Sachin Tendulkar in real trouble with his bouncers. Asif recalled the 2006 India tour to Pakistan which the hosts won by a 1-0 margin.

While the first 2 Tests in Multan and Faisalabad were high-scoring draws, the 3rd Test in Karachi produced some of the highlights if the 3-match series. Indian fast bowler Irfan Pathan also claimed a hat-trick in the same Test match.

“If you remember the Indian team that came to Pakistan in 2006, they had a solid batting line-up. Dravid was scoring plenty of runs, Sehwag smashed us at Multan. During the Faisalabad Test, both teams scored 600 runs each. We were a bit worried as their batting line-up was deep, MS Dhoni was batting at number seven or eight,” Asif, who was banned for seven years for his role in the 2010 spot-fixing scandal during Pakistan’s tour of England, said on Pakistani show The Burgerz.

Asif then continued to talk about the series finale while explaining that even though India had them on the backfoot courtesy Irfan’s hat-trick, Akhtar bowled so fast that he saw Tendulkar close his eyes while facing a couple of bouncers bowled by the Rawalpindi Express.

“When the match started, Irfan Pathan claimed a hat-trick in the first over itself. Our morale was down. Kamran Akmal scored a century lower down the order. We scored around 240 runs. When we started bowling, Shoaib Akhtar bowled at express pace in that match. I was standing at square leg near the umpire and I myself saw that Tendulkar closed his eyes while facing one or two bouncers bowled by Shoaib. The Indians were playing on the back foot and we didn’t allow them to score even 240 in the first innings. We snatched victory from jaws of defeat,” the pacer added.

After being bowled out for 245, Pakistan bowlers bundled India to 238. In the 2nd innings, the hosts posted a mammoth 599 runs finally winning by 341 runs.