India skipper Virat Kohli paid tribute to hockey legend Balbir Singh Sr, who passed away on Monday morning. The three-time Olympic gold medallist had been battling for life since 8 May. 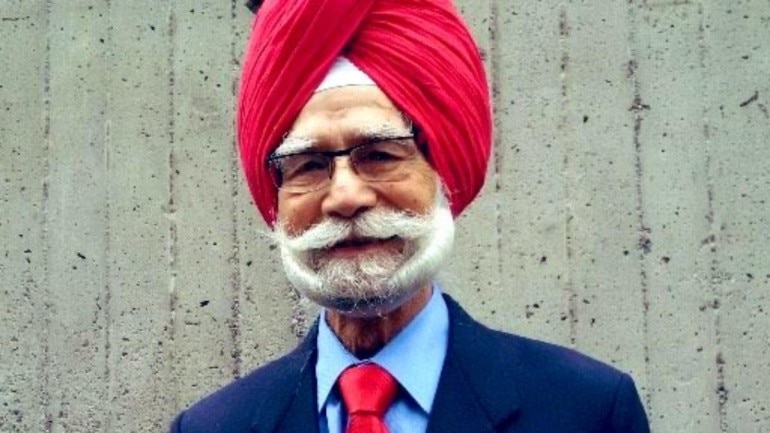 Balbir Singh Sr, one of India’s greatest hockey players, passed away on Monday morning after battling a series of health issues for over 2 weeks. India skipper Virat Kohli moaned the loss of the Indian hockey giant and offered condolences to his family.

Balbir Singh Sr breathed his last on Monday morning in Mohali. The three-time Olympic gold medallist and World Cup-winning Team Manager had been battling for life since 8 May.

Virat Kohli took to Twitter to pay tribute to the legend.

“Saddened to hear about the passing of the legend, Balbir Singh Sr. My thoughts and prayers go out to his family in this time of sorrow,” Virat Kohli tweeted.

Saddened to hear about the passing of the legend, Balbir Singh Sr. My thoughts and prayers go out to his family in this time of sorrow. @BalbirSenior

Balbir Singh Sr was 95 is survived by his daughter Sushbir and three sons Kanwalbir, Karanbir, and Gurbir.

The three-time Olympic gold medallist was in a semi-comatose state since May 18 and had developed a blood clot in his brain after being first admitted to the hospital for bronchial pneumonia with high fever.

He had scored five goals in India’s 6-1 victory over the Netherlands in the Gold medal match of the 1952 Helsinki Olympics. Under his Captaincy, India scored 38 goals and conceded none on its way to the Gold medal in 1956 Melbourne Olympics.