One of the country’s greatest athletes, Balbir Singh Senior was the only Indian among 16 legends chosen by the International Olympic Committee across modern Olympic history. 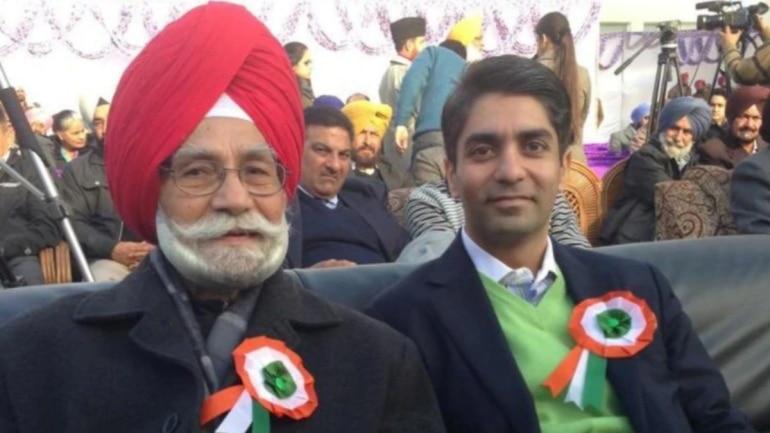 Olympic gold medallist Abhinav Bindra, former India hockey captain Viren Rasquinha, shooter Heena Sidhu and a host of other sportspersons have paid tribute to hockey legend Balbir Singh Senior, who passed away at the age of 95 on Monday.

Balbir Singh Senior, a three-time Olympic gold medallist, died after battling multiple health issues for over two weeks. He was admitted at Fortis Hospital, Mohali where he breathed his last breath.

Sports fraternity offered tributes to the hockey legend. Abhinav Bindra wrote on Twitter that it was an honour for him to know Balbir Singh Senior and the Indian hockey great would continue to inspire athletes around the world.

Indian shooter Heena Sidhu said that though the hockey legend has left the world, he would continue to reside in the memories.

My deepest condolences to the family of the legend Balbir Singh ji. I have come close to meeting him so many times but always missed it. I was a big fan and was hoping to get a picture with him one day. Sadly he now resides in our memories only. Till we meet again. @BalbirSenior

Very sad to hear of the demise of legendary Olympian Balbir Singh Sr, 3 time Olympic gold medallist. This was from my last meeting with him at Delhi. He was always smiling, so mentally alert and such a thorough gentleman. What a fine role model pic.twitter.com/Sn1wlgdEss

Saddened to hear of the demise of one of India’s most celebrated Olympians, Balbir Singh Sr. Athletes and role models such as him come very rarely, and it was an honour to know him, and I hope his example will continue to inspire athletes from around the world!

Balbir Singh Senior was in a semi-comatose state since May 18 and had developed a blood clot in his brain after being first admitted to the hospital for bronchial pneumonia with high fever.

The iconic player was 95 and is survived by his daughter Sushbir and three sons Kanwalbir, Karanbir, Gurbir.