Prime Minister Narendra Modi on Monday strongly condemned the attack on Kabul University and asserted that India will continue to support Afghanistan’s brave struggle against terrorism.

Gunmen stormed Kabul University on Monday as it hosted a book fair attended by the Iranian ambassador to Afghanistan, sparking the six-hours-long gun battle. The attack left at least 19 and wounded 22, according to local media reports.

“I strongly condemn the cowardly terrorist attack at Kabul University today. Our prayers are with the families of the victims and the injured,” Prime Minister Modi tweeted. He added, “We will continue to support Afghanistan’s brave struggle against terrorism.”

I strongly condemn the cowardly terrorist attack at Kabul University today. Our prayers are with the families of the victims and the injured. We will continue to support Afghanistan’s brave struggle against terrorism.

The Islamic State claimed responsibility for the attack on Kabul University that killed many people including students, the group`s Amaq News Agency said. In a message posted on Telegram, the group claimed to have “killed and injured 80 Afghan judges, investigators and security personnel” who gathered on completion of a training programme. The Islamic State affiliate in Afghanistan has declared war on Afghanistan’s minority Shiite Muslims and have staged dozens of attacks since emerging in 2014.

Photos shared by a senior government official showed students lying dead in classrooms, some next to their books. One student appeared to have been shot as they were climbing out of a window. “They were shooting at every student they saw … they even shot at the students who were running away,” witness Fathullah Moradi told Reuters.

“This is the second attack on educational institutions in Kabul … Afghan children & youth need to feel safe going to school,” NATO Senior Civilian Representative to Afghanistan Stefano Pontecorvo said in a statement. A suicide bomber killed 24 people including teenage students at an education centre in Kabul on October 24. Islamic State claimed responsibility for that attack, without providing evidence. 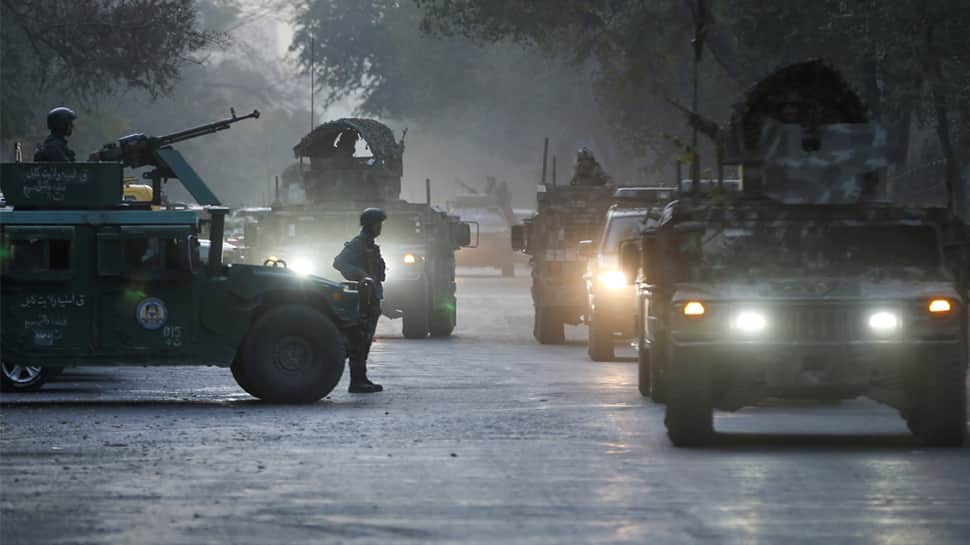 UN Secretary-General Antonio Guterres strongly condemned the appalling attack, stressing that the incident is an assault on the human right to education. The Secretary-General expressed his deepest sympathies to the families of the victims and wished a speedy recovery to those injured.

“This appalling attack, the second in ten days on a school facility in Kabul, is also an assault on the human right to education,” a statement issued by the spokesperson for the Secretary-General said. Guterres reiterated that those responsible must be held accountable. “The United Nations stands by the people and Government of Afghanistan in support of their long-held aspirations for peace,” the statement said.

Violence has plagued Afghanistan while government and Taliban negotiators have been meeting in Qatar to try to broker a peace deal and as the United States brings home its troops. The aim to help the US finally withdraw from America’s longest war, though daily bloodshed continues and an Islamic State affiliate launches its own attacks on Shiites in the country.

Five hours into the fighting, sporadic grenade explosions and automatic weapons fire echoed down the empty streets surrounding the university’s fenced compound. Afghan troops stood guard. Earlier, students were fleeing for their lives from the site. Ahmad Samim, a university student, told journalists he saw militants armed with pistols and Kalashnikov assault rifles firing at the school, the country’s oldest with some 17,000 students. He said the attack happened at the university’s eastern side where its law and journalism faculty teach.

Afghan media reported a book exhibition was being held at the university and attended by a number of dignitaries at the time of the shooting. While Afghan officials declined to discuss the bookfair, Iran’s semiofficial ISNA news agency reported Sunday that Iranian Ambassador Bahador Aminian and cultural attach–Mojtaba Noroozi was scheduled to inaugurate the fair, which would host some 40 Iranian publishers. Iranian state television reported the attack occurred, but did not offer information on its officials.

Iranian diplomats have been targeted previously by attacks in the country and nearly sparked a war between the two countries. In 1998, Iran held the Taliban responsible for the deaths of nine Iranian diplomats who were working in its consulate in northern Afghanistan and sent reinforcements to the 950-kilometre- (580-mile-) long border that Iran and Afghanistan share.

No proposal to reduce tax on petrol, diesel, says UP govt