New Delhi: Prime Minister Narendra Modi on Thursday (October 22) addressed the people of West Bengal on the occasion of Durga Puja. He shared his puja greetings in Bengali and appealed to the people to adhere to social distancing norms and wear face masks while taking part in the festivities.

Talking about women empowerment, PM Modi said women in the country must be given the respect people give to Goddess Durga. In his 20-minute address. PM Modi said, “In the 21st century, our vision of Atmanirbhar Bharat, ‘self- reliant India’, will strengthen from the land of Bengal. We have to take Bengal’s culture, pride, progress to newer heights.”

“We are ensuring a speedy development for the people of Bengal through various schemes. We are doing everything to lessen the problems of the people of Bengal and improve their lifestyle. We have adopted the vision of Purbaday to develop Eastern India. West Bengal has to play an important role to make our vision a success,” the PM said.

He also referred to the contributions of Guruchand Thakur and Harichand Thakur, social reformers of the politically influential Matua community, and Panchanan Burma, a social reformer from the north Bengal region, where the BJP has vastly extended its influence. The Prime Minister also took the names a few other revolutionaries given below: 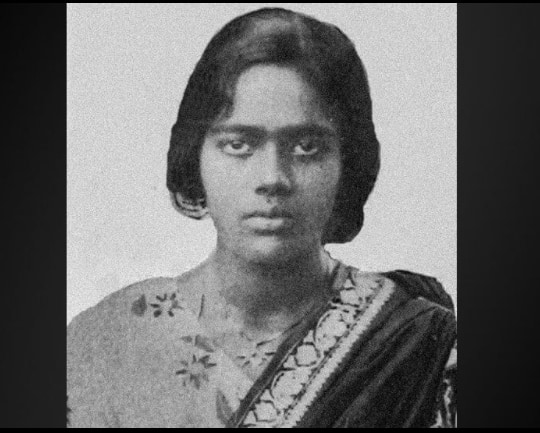 Pritilata Waddedar, a lesser-known revolutionary, spent her short life waging war against British rule. Born in Chittagong, now in Bangladesh, she was a promising student at Eden College in Dhaka. Wadderdar’s anti-British sentiments took a shape as she slowly developed connections with women who were spearheading semi-revolutionary groups. Wadderdar was influenced by one Leela Nag, a student at Dhaka University and an associate of Subhash Chandra Bose

She came to Calcutta for higher education and enrolled as a student of Philosophy at Bethune College under the University of Calcutta. In the city, Waddedar was introduced to revolutionary leader Surya Sen, and joined his underground ground movement. During the Chittagong Armory Raid of April 1930, 20-year-old Waddedar had joined Surya Sen to raid the British armoury and destroy telegraph and telephone lines. The group failed to locate the armory, but they destroyed the telegraph and telephone lines.

Some members of the group were arrested, but Waddedar managed to escape with others and regroup over the next few months. In 1932, the group attacked the Pahartali European Club in Chittagong, because of its racist and discriminatory practices, especially its use of the signboard that read “Dogs and Indians not allowed”.

A group of 10 was trained in the use of arms under Waddedar’s leadership and were also taught to consume potassium cyanide if the need arose. They attacked the club on September 23, 1932, but Waddedar sustained a bullet injury and she was unable to escape. She consumed potassium cyanide to evade arrest and ended her life at the age of only 21. 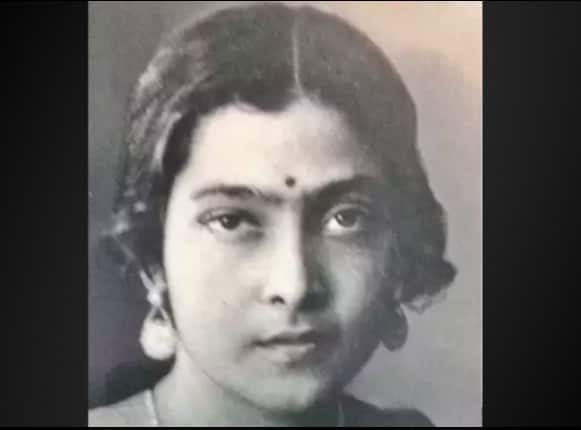 Bina Das was just 21 when opened fire on Bengal Governor Stanley Jackson in the convocation hall at Calcutta University in 1932. She was supposed to get her graduate degree at the same venue. She had to serve nine years of hard labour for her act. Bina Das was among many lesser-known revolutionary women who were at the forefront of the freedom movement in Bengal.

Her parents, Beni Madhab Das and Sarala Devi were deeply involved with the Brahmo Samaj. In the early 1900s, Das’ mother Sarala Devi ran a women’s hostel named Punya Ashram in Calcutta that doubled as storage space for bombs and weapons. Several occupants of this hostel were revolutionaries themselves, belonging to various underground groups.

In the convocation, Bina Das had fired five shots at Jackson at close range but was tackled and disarmed by Hassan Suhrawardy, the first Muslim Vice-Chancellor of Calcutta University. After her release from prison, Das returned to a world she felt was different from one that she had been made to leave nearly a decade ago. In the early 1940s, she was imprisoned in the Presidency jail due to her work for the freedom movement. She was released in 1945 but continued her fight against the British.

In 1947, she married a fellow revolutionary, Jatish Chandra Bhaumik, a member of the Jugantar group. In 1960, she was awarded Padma Shri for her contributions to social work. She died in destitution and poverty in December 1986. Her decomposed body was reportedly recovered from a ditch in Rishikesh. It took authorities weeks to identify that she was Bina Das. 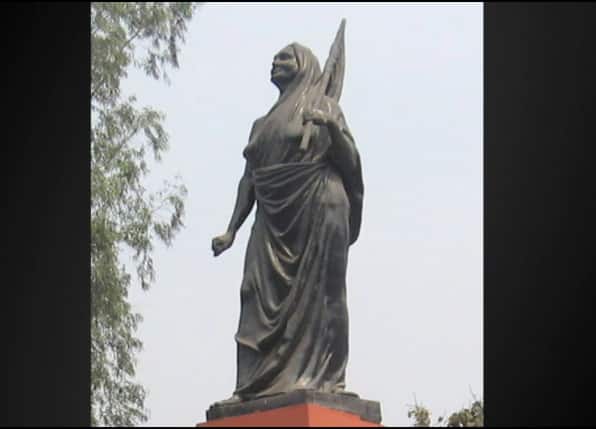 Born in a village named Hogla, near Tamluk, in 1869, Matangini Hazra was the daughter of a poor farmer who could not afford to provide her a formal education. She was married at 12 to 60-year-old Trilochan Hazra from Alinan village in Medinipur. By age 18, Matangini Hazra was widowed, without any children, according to records available in the West Bengal government’s archives.

Following her husband’s death, Hazra became so inspired by Mahatma Gandhi that she became his devoted and earned the name, “Gandhi buri”. At the age of 61, she was arrested for participating in the Civil Disobedience Movement in 1930. Her participation in the Civil Disobedience movement led to several short stints in prison during which she came across women revolutionaries. She became an active member of the Indian National Congress and started spinning her own khadi.

During the Quit India Movement in August 1942, her involvement with the freedom struggle intensified. In September, 1942, the 73-year-old Hazra led a procession of around 6,000 protesters, mostly women, to take over the Tamluk police station from British authorities. In the skirmishes between protesters and the police, Hazra stepped forward with the flag appealing police not to shoot at the procession. Her pleas went unheard and she received three bullets, but she continued her march chanting ‘Vande Mataram’ till she collapsed and died. 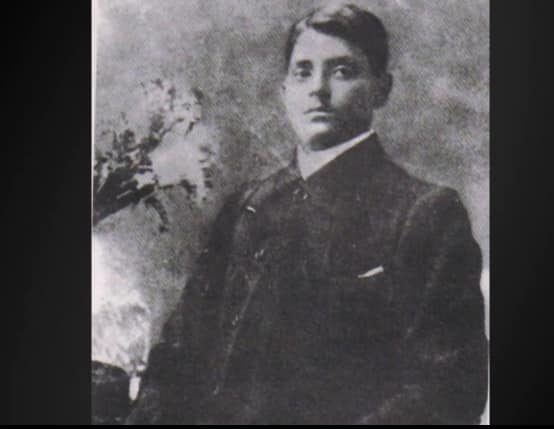 Born in Kaya village in Kushtia district of undivided Bengal in 1879, Jatindranath Mukherjee earned the epithet ‘Bagha Jatin’ in 1906 when he fought a Royal Bengal tiger all alone for three hours and killed it using a dagger. During his teenage, he was influenced by Bhagvad Gita and the writings of Bankim Chandra Chattopadhyay. As a college student, Jatin participated in the relief work undertaken by Ramakrishna Mission, on the streets of cholera-hit Calcutta, and also came in contact with Sister Nivedita, the Irish disciple of Swami Vivekananda.

Sister Nivedita introduced Jatin to Vivekananda and this meeting changed his life. Swami Vivekananda instructed Jatin to take up the mission to bring together dedicated young men with “iron muscle” and “nerves of steel”, who could plunge into the service of the motherland.

Later, he met Sri Aurobindo, who considered Jatin as his right-hand man. Sri Aurobindo entrusted Jatin with the task of creating a “network of secret society” to train dedicated youth for the revolution against the British. The secret society came to be known as Jugantar and Bagha Jatin became its commander-in-chief.

During the First World War in 1914, an international pro-India committee with the support of the German government was established in Berlin, led by Virendranath Chattopadhyay, who had a connection with the US Ghadar Party and Yugantar in India. Rash Behari’s mutiny attempt with Ghadar in February 1915 was thwarted, but Jatin was still waiting for the consignment of German arms to arrive in India.

The consignment never arrived, he along with his four aides was chased by a police team headed by Charles A Teggart. They entered Balasore but their hideout was raided by the police. One of them died in the encounter that followed, two were hanged and the fourth was jailed. Bagha Jatin was critically wounded and later succumbed to his injuries at the Balasore Government Hospital.

At the age of 35, he breathed his last, but prior to his death, he gave a statement taking full responsibility for the actions and asked for fair treatment towards his innocent followers. 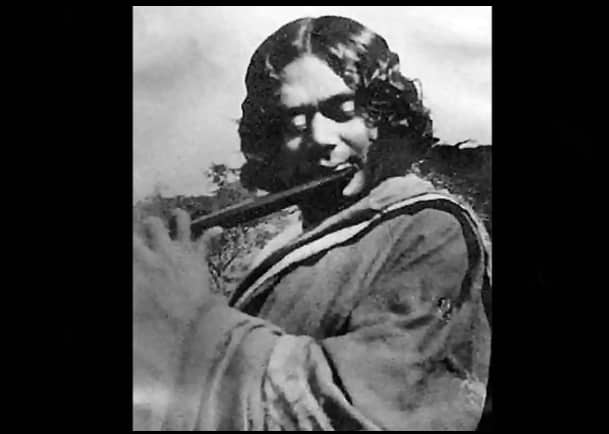 PM Modi also mentioned the name of eminent Bengali poet, writer, musician and anti-colonial revolutionary Kazi Nazrul Islam, who was born on May 25, 1899 in the Bardhaman district of West Bengal. Kazi Nazrul’s poetry and music focused on themes like religious tolerance and rebellion against oppression.

The national poet of Bangladesh is also remembered as Bidrohi Kobi or “Rebel Poet”. His impact on Bengali music can be gauged from the fact that nearly 4,000 songs written and composed by him make up a genre their own.

Born in a Bengali Muslim family, during his youth Kazi Nazrul Islam served as a muezzin at a local mosque where his father Kazi Faqeer Ahmed was the imam and caretaker. He developed an interest in poetry, drama, and literature while working with the rural theatrical group Letor Dal.

Nazrul joined the British Indian Army in 1917 and served in the 49th Bengal Regiment before establishing himself as a journalist in Calcutta. He wrote the “Rajbandir Jabanbandi” or “Deposition of a Political Prisoner” in prison.

At the age of 43, Nazrul started losing his voice and memory due to a mysterious illness, which was identified as Pick’s disease. This rare neurodegenerative disease caused a decline in his health and forced him to live in isolation in India, including at a psychiatric hospital in now Jharkhand’s Ranchi.

In 1972, Nazrul and his family moved to Bangladesh at the government’s invitation. He died four years later on August 29, 1976.

How to do it and how much it costs

Why covid-19 vaccine rollout falls short of past global campaigns