“Our team conducted a raid on the strongroom of Gurdwara Rakabganj and found Rs 63 lakh missing besides there were banned notes worth more than 30 lakh” alleged Sarna while talking to Zee News here on Saturday evening.

He said the accounts register of the Gurdwara had an entry of Rs 1.63 crores but Rs 63 lakh was found missing.

“The raid revealed that  Rs 63 lakh have gone missing from the treasury when the books showed Rs 1.63 crore in entries,” said Sarna. 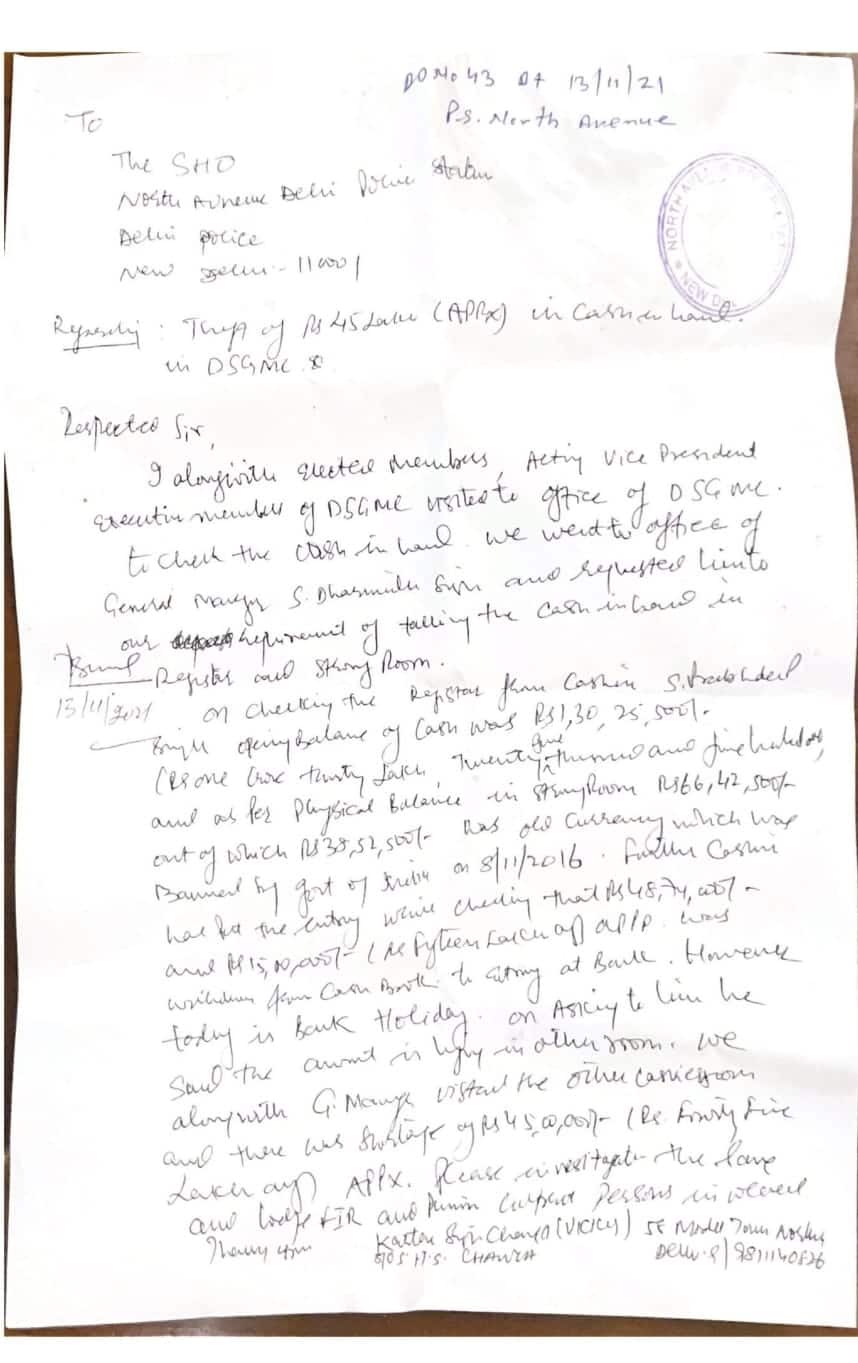 He said SAD(D) had demanded from the Delhi government to immediately launch an investigation by the Economic Offences Wing of Delhi police in the alleged misappropriations of gurdwara funds.

He questioned, “Why demonetized currency was  kept in the DSGMC vaults and why the books and the cash show a mismatch of more than 30 lakh rupees?”

On the other hand while talking to Zee TV network, DSGPC president Manjider Singh Sirsa accused Sarna and his brother Harvinder Singh Sarna and another former president of DSGMC, Manjit Singh GK of allegedly befooling the sangat.

“There is not an iota of truth in their claims but just the bunch of lies, our staff asked Sarna to count the donations in his presence but he chose to run away claiming that he had chest pain which itself raises suspicion behind their concocted story,” said Sirsa.

With regards to the “invaild” old (banned) currency with the domination of Rs 500 and Rs 1000 notes, he said they were with the gurdwara since demonetization. “We have written to the government several times to exchange the old notes but to no avail,” said Sirsa.

Sirsa along with the general secretary of DSGMC Harmeet Singh Kalka announced to lead a delegation to meet officiating jathedar of Akal Takht Giani Harpreet Singh urging him to excommunicate Sarna brothers from Sikh panth .

“They had tried to forcibly wrest control of gurdwara office and golak so they should be given stringent religious punishment,” said Sirsa.

Manjit Singh GK told that they have filed a complaint against Sirsa and Kalka along with the govt employees who are responsible for this embezzlement of Guru Ki Golak.