India skipper Virat Kohli on Thursday lauded vice-captain Ajinkya Rahane for the way he led Team India in Australia and said that the player’s enjoy each other’s company and success. 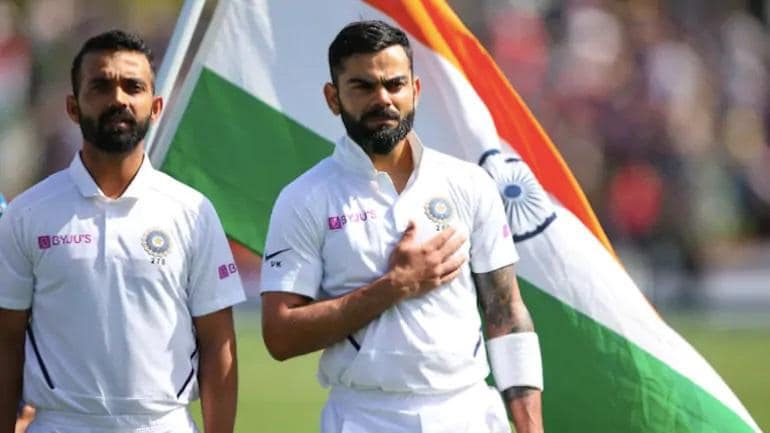 India skipper Virat Kohli on Thursday lauded vice-captain Ajinkya Rahane for the way he led Team India in Australia and said that the player’s enjoy each other’s company and success.

Kohli, who has re-joined the team after his paternity leave towards the end of the Australia tour, on Thursday addressed the media ahead of the first Test against England.

“The camaraderie within the team is based on trust. Ajinkya Rahane fulfilled his duties in Australia with flying colours. We enjoy each other’s company and batting together. We stay in touch off the field as well,” Kohli said in a media interaction.

Speaking about Team India’s playing XI for Friday’s Chennai Test, Kohli confirmed that Rishabh Pant will be the wicket-keeper for the team.

“Rishabh Pant will play for us in the first Test. He will keep wickets. He made a impact performance for us recently and is high on confidence. He will continue to be backed, can be a consistent match-winner for us,” Kohli said.

The skipper also said that Team India is looking to give a long rope to openers Rohit Sharma and Shubman Gill and hoped that the two players do well in the series.

“We will look to give Rohit Sharma and Shubman Gill a long rope as openers. Hoping to get good starts from them,” Kohli added.

Kohli also congratulated the opposition skipper Joe Root for his 100 Test match milestone and said that he has many years of cricket still left.

“Big congratulations to Joe Root for playing 100 Tests. He’s got many years of cricket still left. He is always a key wicket which we try to get early.

“He has a keen understanding of the game. Hopefully, we’ll have a chat someday of our journeys,” the skipper added.

The wealthy may avoid $163 billion in annual taxes. How they...