Chennai: According to the Indian Meteorological Department (IMD), the weather system (low pressure area) that has been brewing off India’s East Coast has intensified into a Depression. Situated over the Southwest Bay of Bengal, this evolving weather system is likely to bring isolated extremely heavy rainfalls over Tamil Nadu, Puducherry, Karaikal and Rayalaseema, besides very heavy rainfall over South interior Karnataka and South Coastal Andhra Pradesh on Thursday (November 18).

Winds are forecast to be gusting up to 65 kmph in the Southwest and west-central Bay of Bengal and off Tamil Nadu, Puducherry and south Andhra Pradesh coasts until Friday, following which there will be a gradual decrease. Owing to the harsh weather and very rough sea conditions over this region, fishermen have been advised to not venture out into the seas, in the next 24 hours. 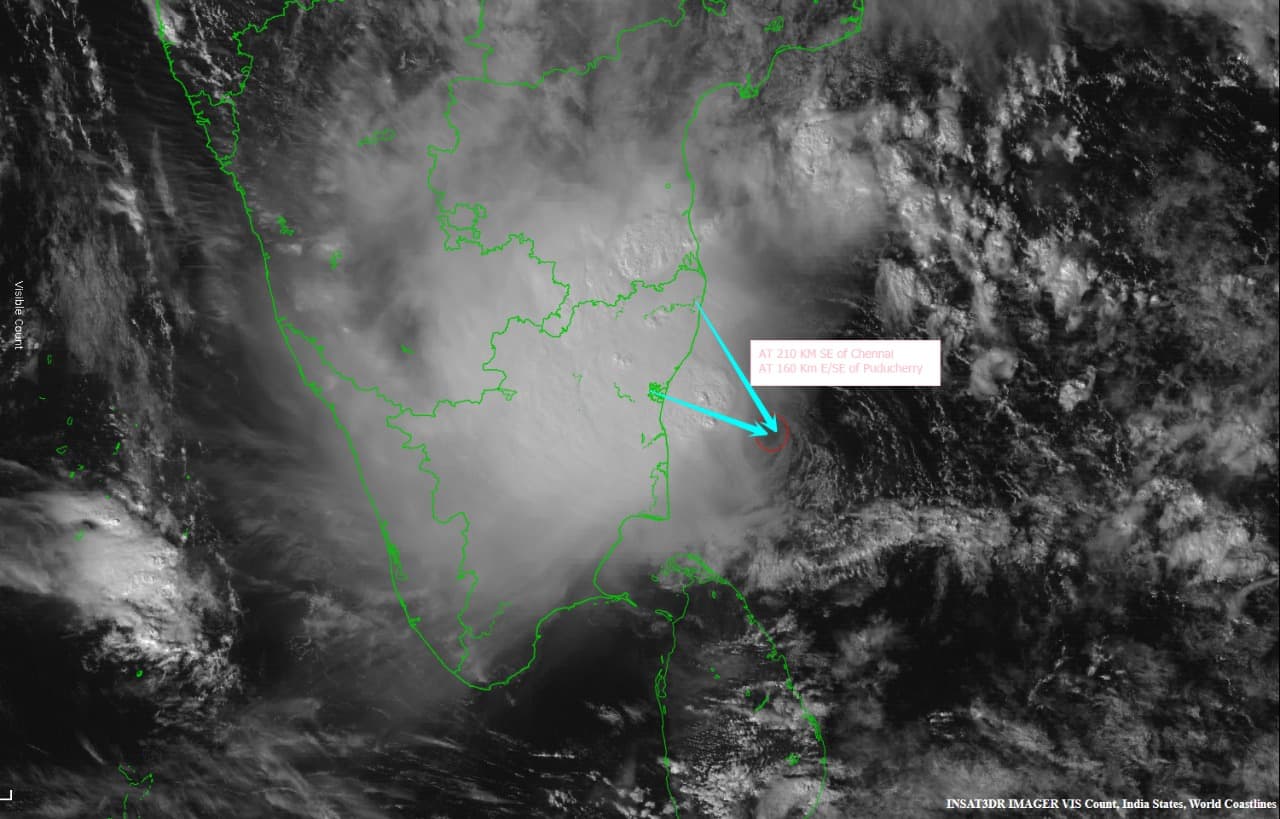 Satellite images indicate that the weather system lay nearly 200 kms south east of Chennai and 160 km East-Southeast of Puducherry. IMD predicts that the depression will continue to move west-northwestwards and cross North Tamil Nadu and adjoining South Andhra Pradesh coasts between Puducherry and Chennai by the morning hours of Friday (November 19).

Thus far, Chennai Airport operations are progressing normally and arrivals and departures of flights are continuing as usual. This is important information that flyers need to watch out for, as the city airport had suspended flight arrivals for up to five hours in the earlier week, owing to intense crosswinds that make landings challenging.

Following the severe rain-caused inundation that threw normal life out of gear in the metropolis, the Chennai Civic Body has kept nearly 690 motor pumps and 50 boats ready in low-lying areas, drains are being cleared of garbage and de-silting of stormwater drains are being carried out.

Nearly 10 National Disaster Response Force (NDRF) teams have also been kept on standby in Chennai and adjoining districts to mitigate any situation that may arise. However, the city hasn’t been witnessing continuous sharp spells of rains. Between Wednesday and Thursday, the city had received a few sharp spells of rain that lasted a few minutes and such spells kept recurring every few hours.