Chennai: The Air Customs officials have seized gold worth Rs 41.56 lakh from two passengers who had arrived from Dubai.

Two passengers Siddiq Sheik Abdullah, 25, of Pudukkottai and Mohamed Rifath, 36, of Ramanathapuram who had arrived from Dubai via Air India and Fly Dubai flights respectively were intercepted and frisked.

In the case of the former, three bundles of gold paste weighing 656 grams recovered from the rectum and a 49-gram gold bit was recovered from his pant pocket. On extraction, the paste yielded 596 grams of gold and a total of 645 grams of 24K gold valued at Rs 33.6 lakh was seized and he was arrested.

From Rifath, one bundle of gold paste weighing 172 grams was recovered from the rectum, on extraction it yielded 154 grams of gold valued at Rs. 7.9 lakh.

Total 799 grams of gold worth Rs 41.56 lakhs was recovered and seized under the Customs Act.

The officials also seized 10K USD from a passenger bound for Dubai. According to officials, based on intelligence, they had detained Nagoor Meeran, 54, of Chennai and frisked him, examined his baggage on suspicion of carrying foreign currency. A white envelope containing 10000 US dollars, in denominations of 100 dollar bills was recovered. The equivalent of Rs 7.35 lakh was seized under the Customs Act 1962 read with FEMA (Export and Import of Currency) Regulations, 2015. 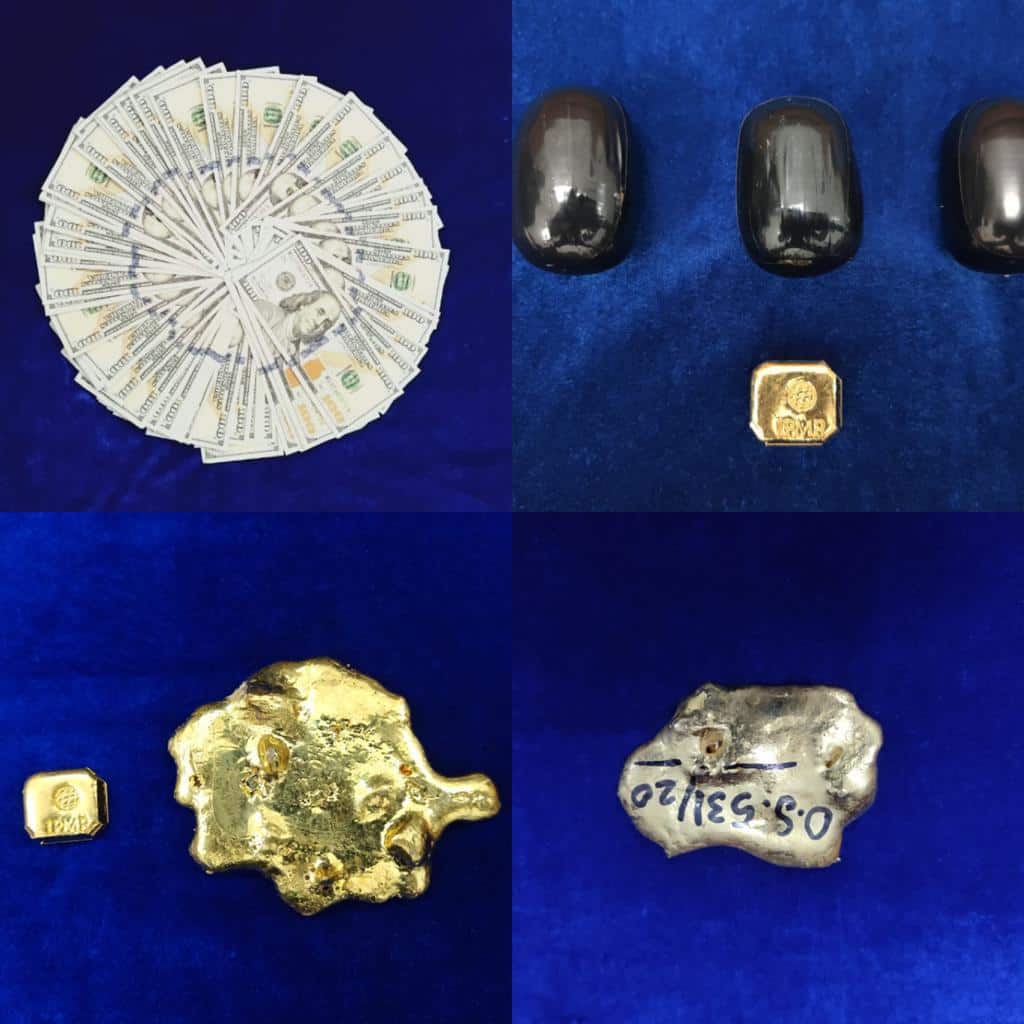 India’s 10 richest can fund school, higher education of country’s every...