Chennai: In a case that bears resemblance to a popular Tamil film, Customs officials have seized 3 kg of narcotic substance Pseudoephedrine valued at Rs 30 lakhs from a courier that contained branded ‘masala’ (spice) packets, destined for Australia. The contraband was recovered and seized under the NDPS Act, 1985 and four persons were arrested.

Based on intelligence, the Customs officials had intercepted a courier which was said to contain spice powders etc.

On examination, branded masala packets weighing 50 gm and 100 gm were found among other grocery items. Closer inspection revealed that the chilli powder and sambhar powder packets were tampered with. 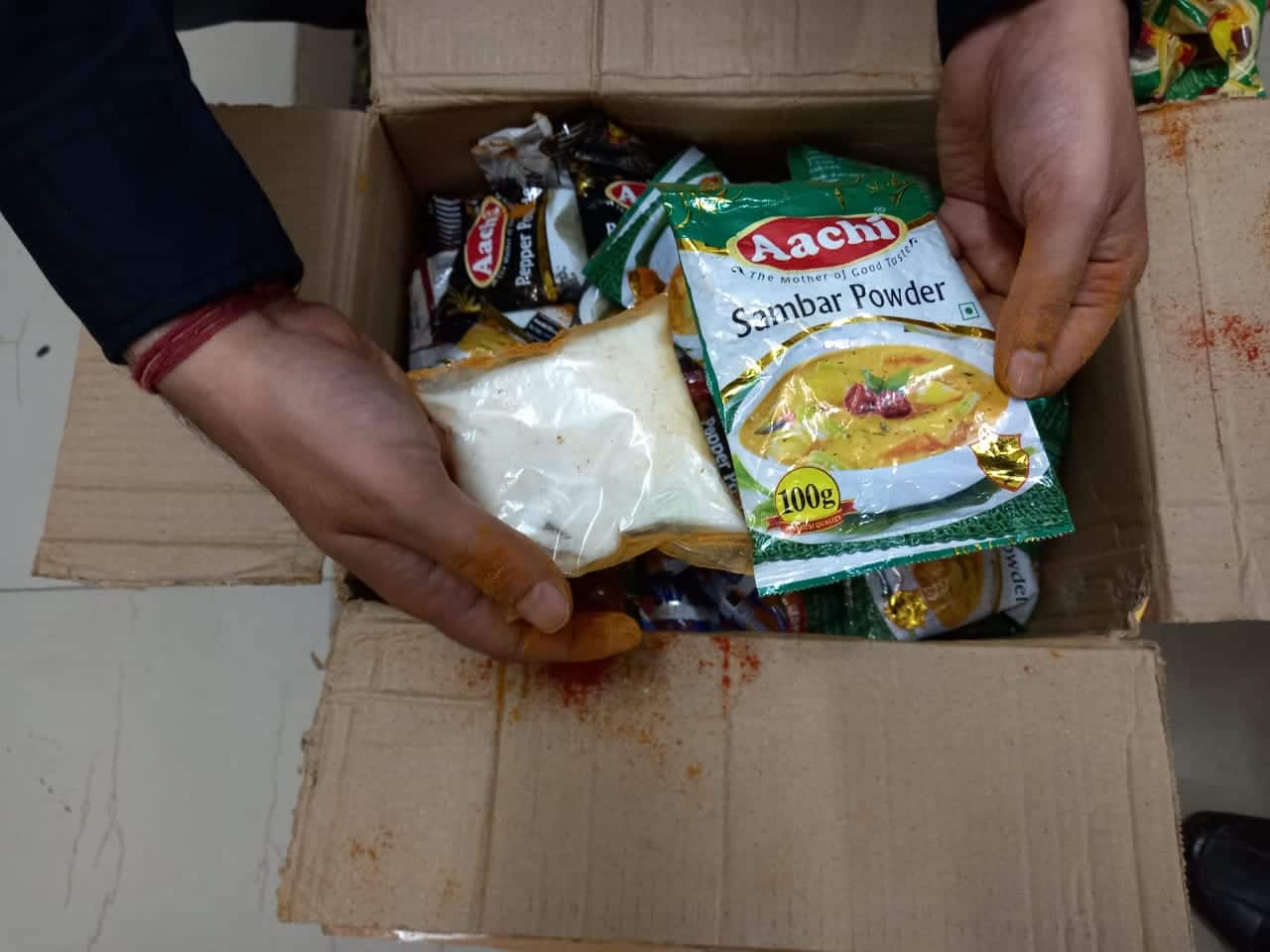 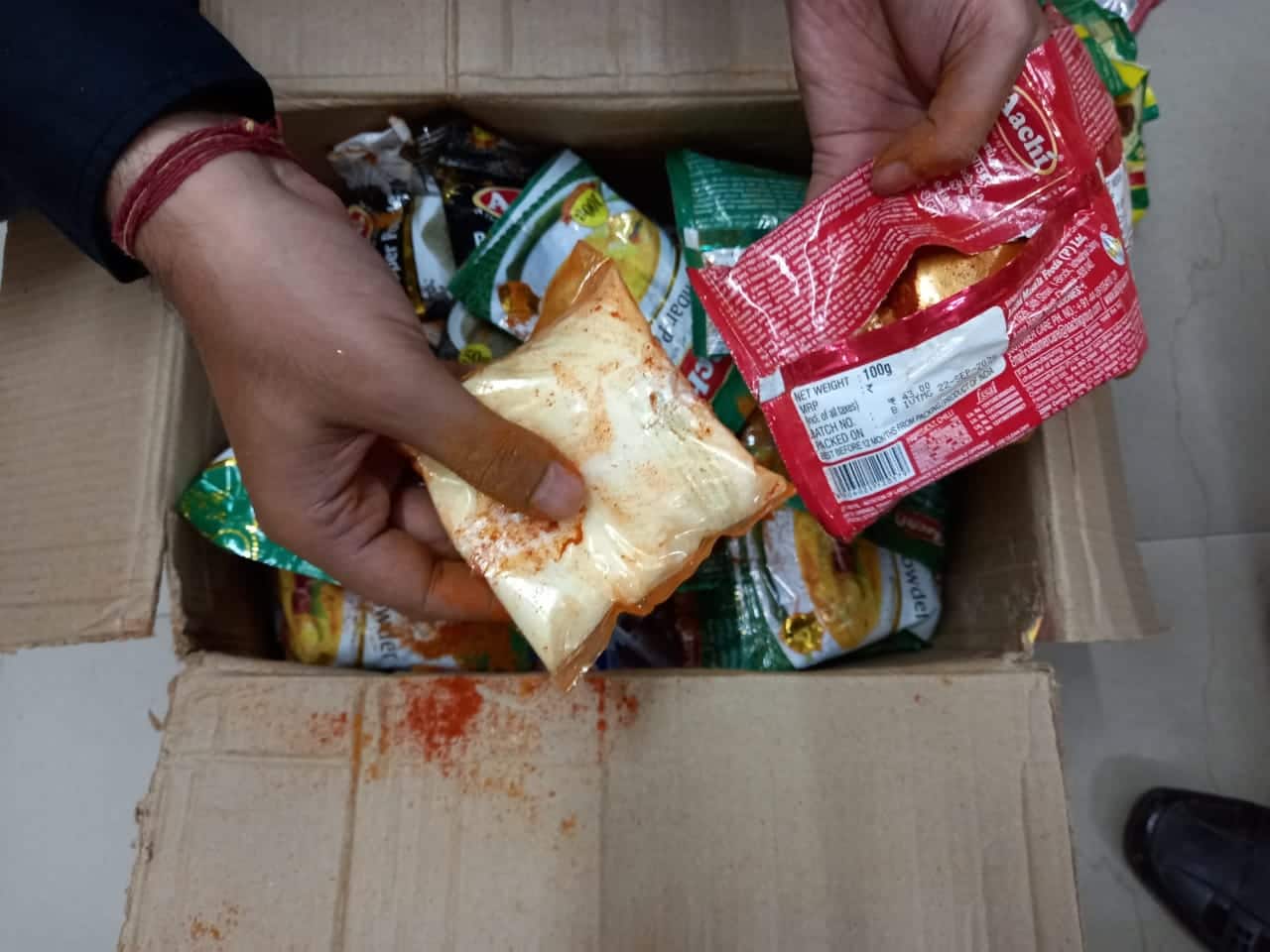 As per reports, plastic pouches containing white crystalline powder were found concealed inside when the packets were opened.

A total of 37 plastic pouches were recovered from inside the spice packets. 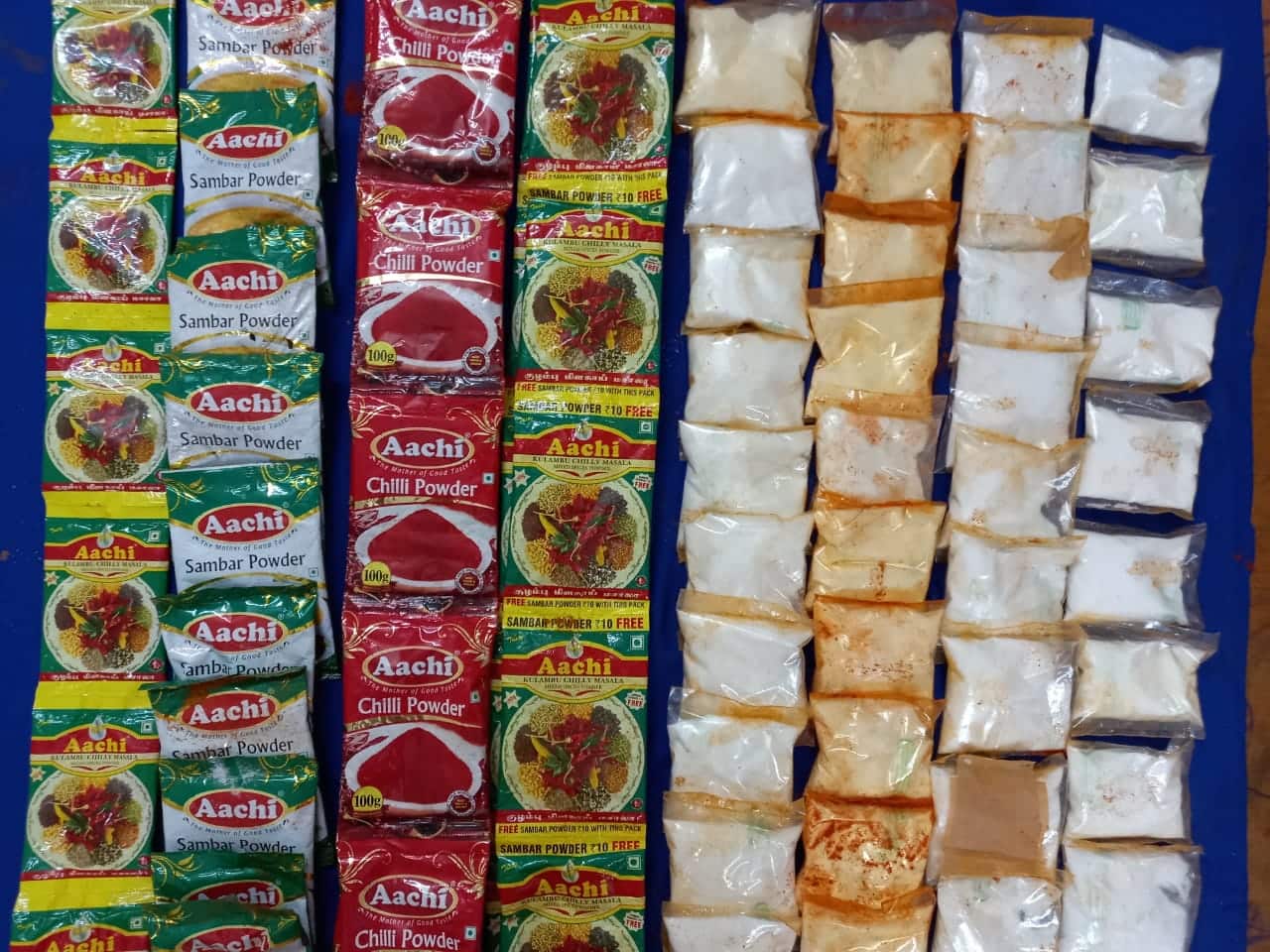 As a medicine, Pseudoephedrine works by narrowing blood vessels in the nasal passage and is used to relieve nasal congestion caused by cold and allergies. However, it can also be used as an ingredient in the manufacture of methamphetamines.

The consignor of the parcel was a person based out of Theni district in Tamil Nadu and the parcel was destined for Auburn, New South Wales, Australia. However, searches and investigation by officials revealed that Sathik, aged 37, a Chennai resident was the mastermind and the consignor address was misused.

According to officials, on receiving the order for the contraband from an Australia-based buyer, Sathik purchased the powder from a Bengaluru-based person and handed it over to his associate. It was with the help of a Chennai-resident, Khan, that this associate packed and concealed the drugs in the spice powder packets.

Finally, Antony, a Pudukottai-resident, arrived in Chennai, received the parcel from Khan and booked the courier for Australia. Instead of using his own documents to book the courier, Antony had misused a Theni-based friend’s Aadhar card.

The four individuals involved in this smuggling activity have been arrested. 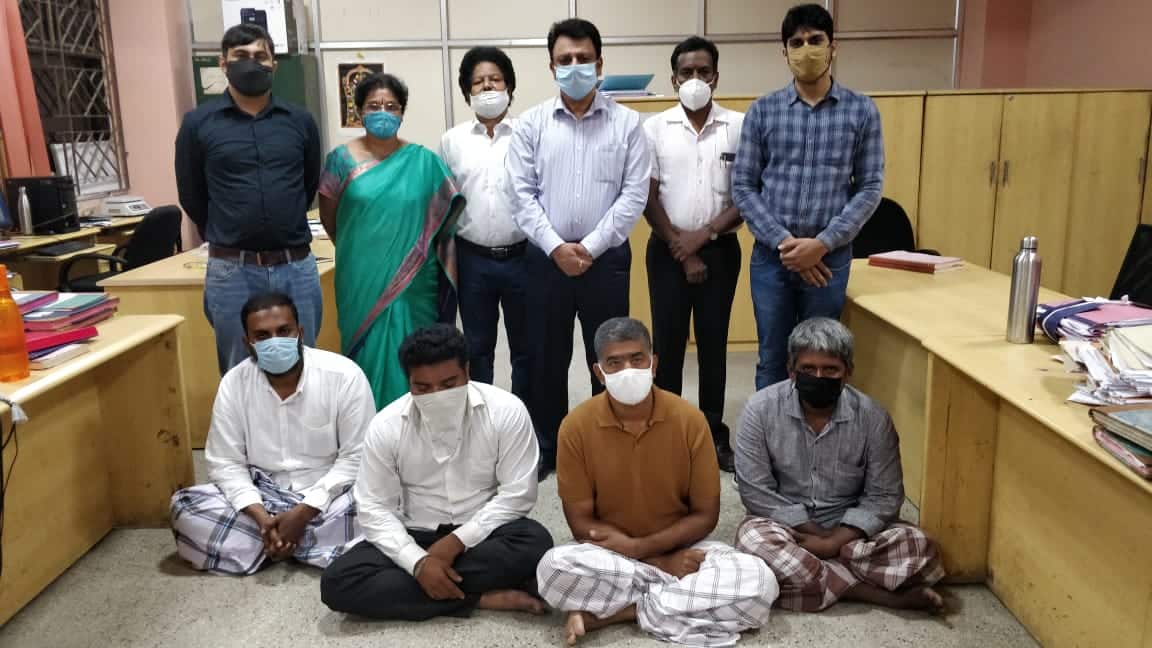 Further investigation in the case is in progress.

COVID-19: Now Maharashtra exempts these people from RT-PCR test; check if you fall in this category | India News

DNA Exclusive: When and how the process of naming cyclones began, an analysis | India News