Peter Siddle has been running, riding and swimming on the Elwood Beach in Melbourne, training for the triathlon. 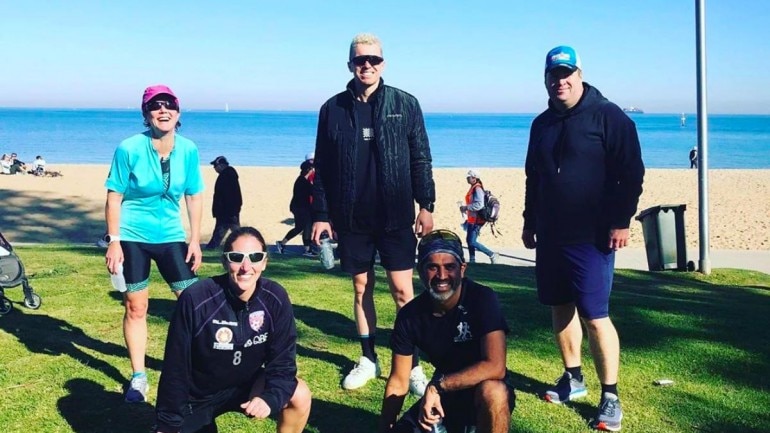 Former Australia fast bowler Peter Siddle has started training for Olympic Distance Triathlon amid the coronavirus lockdown. Siddle has been running, riding and swimming on the Elwood Beach in Melbourne, training for the triathlon.

A triathlon is a multi-sport race with three continuous and sequential endurance races – swimming (1.5km), cycling (40km) and running (10km). Siddle even posted pictures of his Instagram account with his training partners.

“Rapt to have completed my first Olympic Distance Triathlon on the weekend. A covid hobby has now definitely turned into an addiction! Thanks to these legend of training partners,” Siddle posted.

A vegan since 2012, Siddle played 67 Tests, 20 ODIs and 2 T20Is for Australia before announcing his international retirement from cricket in December last year at the age of 35.

The fiery redhead, born in country Victoria, was on the fringes of Australia’s formidable pace attack for a number of years but featured in the team’s retention of the Ashes in England last year.

He made his Test debut in Mohali in 2008 and claimed India’s Sachin Tendulkar as his maiden wicket.

During his 11-year career, Siddle picked up 221 wickets in Tests, 17 in ODIs and 3 in T20Is. He is the 13th highest Test wicket-taker among all Australian bowlers and will be forever remembered for the hat-trick he claimed on his birthday against England at the ”Gabba in 2010.

Siddle continues to play domestic cricket for Victoria state and Twenty20 side Adelaide Strikers in the Big Bash League.

His contract with English county side Essex was recently deferred until 2021 due to the coronavirus pandemic because of which no professional cricket will be played in England until July 1.

Although plagued with injuries early in his career, Siddle became one of Australia’s most durable bowlers and his ability to keep steaming in after long spells saw him inevitably tagged a “workhorse” paceman.

With eight five-wicket innings hauls across his career, Siddle was often the spearhead during a period of transition following the retirements of bowling greats Glenn McGrath and Shane Warne.