NEW DELHI: ‘I would like to offer my apologies to you and your family for any hurt the statements have caused. I would also urge the INC to remove the press conference from the press releases available on their website’ – those were the humble words of veteran politician Jairam Ramesh and one of the most vocal opposition leaders from Congress.

The statement was a far cry from a brutal press conference last year in which Ramesh demanded that RBI make public the details of FDI inflows from Cayman Islands since demonetisation, which he claimed were to the tune of Rs 8,300 crore during 2017-18 and equalled total funds flowing into India between 2000 to 2017.

Ramesh was seen crying hoarse last year saying, “This is not FDI, it is round-tripping of demonetised money and has a direct link to black money…. There should be a probe into the FDI that came into the country from the Cayman Islands after demonetisation. GNA owes an explanation to the country.”

All of this on the basis of a media report in a news magazine! Ramesh’s big acceptance that he used an article published by “The Caravan” magazine without doing an independent ‘Fact Check’ and “held a press conference just to gain some mileage during the then Lok Sabha elections’’ has brought the focus back on the vitriolic campaign being run by the Congress and Left parties against national news channels for promoting the Narendra Modi government’s pro-people agenda.

The Congress leader tendering an apology to NSA Ajit Doval son Vivek, who had filed a criminal defamation case against Ramesh and the Caravan magazine editor, also vindicates the stand taken by national news channels on the issues of paramount national importance, raising hope that none will cry foul now and none will run hashtags like ‘Godi Media’ and ‘Fake News’ which checking the basic facts first.

The Congress leader on Saturday accepted that he “used an article published by The Caravan magazine without doing an independent ‘Fact Check’ and did a press conference just to gain some mileage during the then Lok Sabha elections.”

Ramesh stated, “I had conducted a press conference on 17 January 2019 making certain statements about you, your family and your business venture GNY Asia Fund. I understand these statements have hurt you deeply.”

He added, “I want to clarify that these statements or accusations were made drawing conclusions from an article that was published the previous day in the Caravan magazine. As the case progressed, I realized that perhaps some independent verification may have been in order.”

He said that “the General Elections were close, and the questions raised in the article seemed appropriate for being highlighted in public.” “In retrospect, I may have gone overboard in making certain insinuations against you and your family,” the Congress leader said. The apology was accepted by Vivek Doval, and the Delhi court hearing the matter subsequently closed the case against Ramesh. 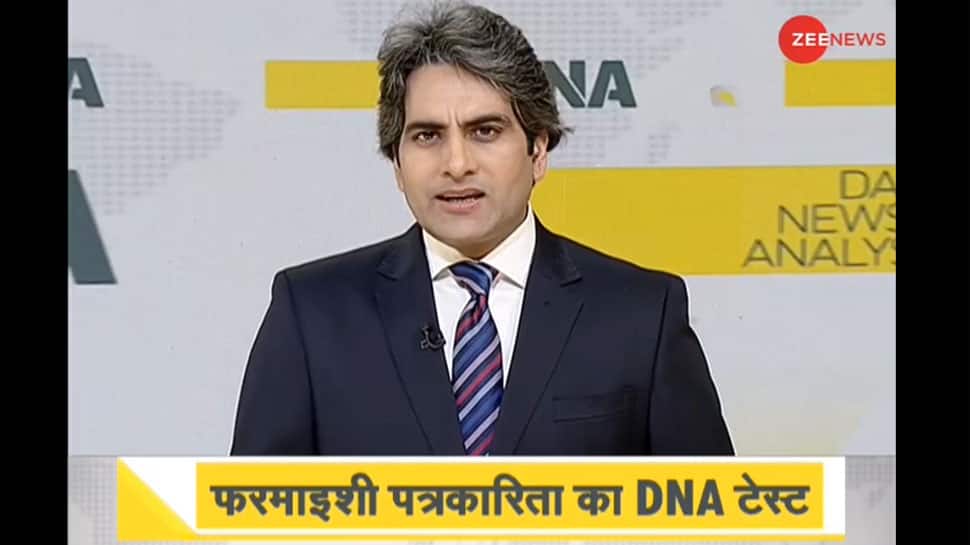 It was last night only when Zee News Editor-in-Chief Sudhir Chaudhary explained the real scam behind the allegations of ‘Fake news’. It’s a mere coincidence that today a Congress stalwart and ex-Union Minister sought an apology for his ‘false claims and derogatory remarks’.

This is not a case of minute negligence and a mere misconception of facts. This is concrete evidence of how the Congress party and their leaders, for the last 70 years, are administrating ‘Fake News’ as a manipulative tool to sustain their already shattered vote bank.

Now the question arises – What if the ‘Emergency’ was fake news, What if ‘Operation Bluestar’ happened on an independent thought, What if ‘2G’ really was a bigger scam?  Clearly, this is not just an apology, this is an eye-opener for all the ‘Democracy – Bhakts’ out there, they now will have to ‘Fact Check’ the comments of their leaders on sensitive issues and matters of paramount national interest. 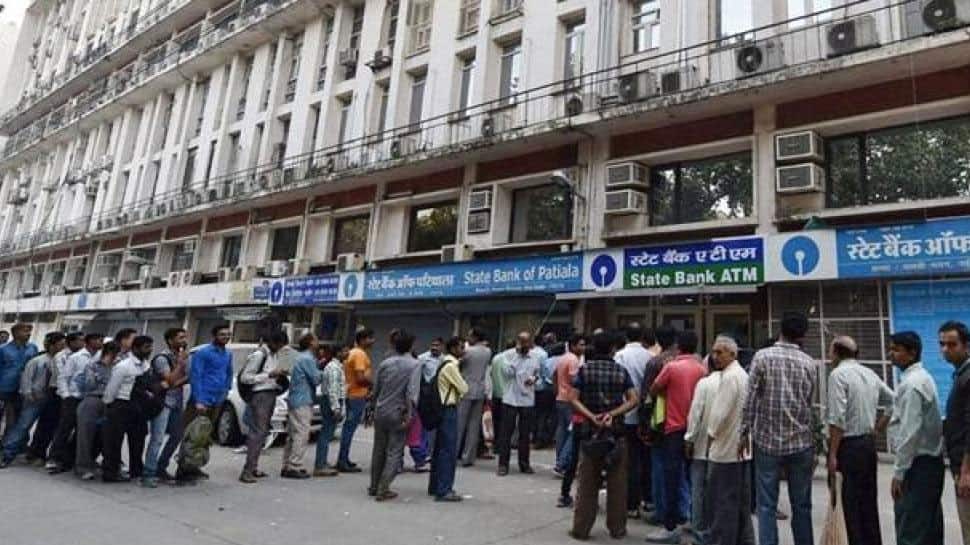 What is the Caravan defamation case?

NSA Doval’s son Vivek had in 2019 filed a criminal defamation case against Ramesh and ”The Caravan” magazine Editor-in-Chief Paresh Nath and reporter Kaushal Shroff for damaging his reputation. The suit was filed by Vivek after the Congress leader Jairam Ramesh held a press conference in January 2019 over a report published by news magazine Caravan. ”The Caravan” magazine was also named in the suit.

What were the allegations? 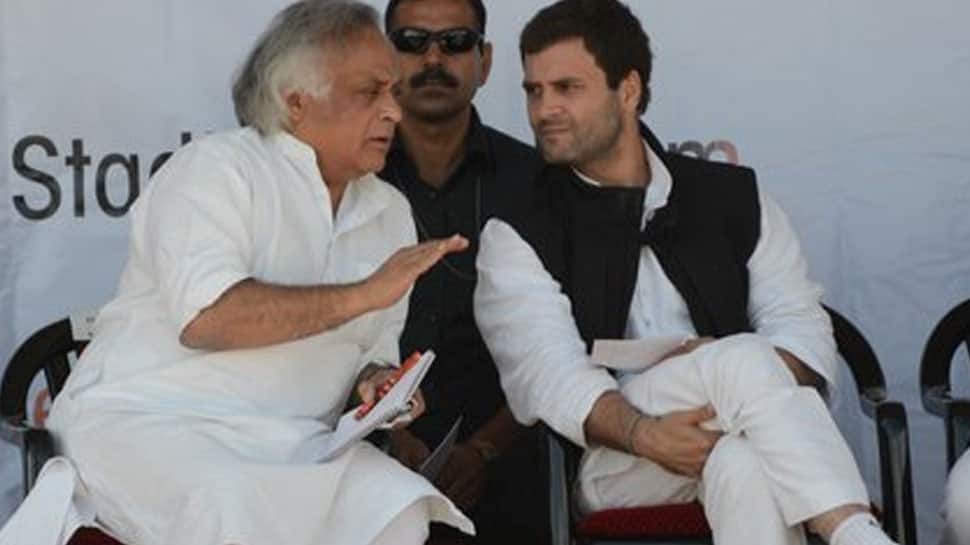 The same was also linked with the business of Ajit Doval’s elder son Shaurya Doval, who is a leader of the Bharatiya Janata Party (BJP) and heads the think tank India Foundation, which is considered close to the Narendra Modi government.

The Caravan magazine report titled ‘The D-Companies’, which is usually associated with the network of underworld don Dawood Ibrahim, alleged that just 13 days after Prime Minister Modi announced demonetisation on November 8, 2016, Doval’s son formed a company named GNY Asia, with the motive of sending and receiving money from abroad.

However, earlier speaking to Zee News, Vivek Doval said that GNY Asia was started in October 2013, under the banner of Vivam Holding Co Ltd, which started collecting funds in November 2015 itself. The company was also registered in India in August 2016. Calling the allegations baseless, Doval questioned if they knew in 2013 itself about the demonetisation announcement. 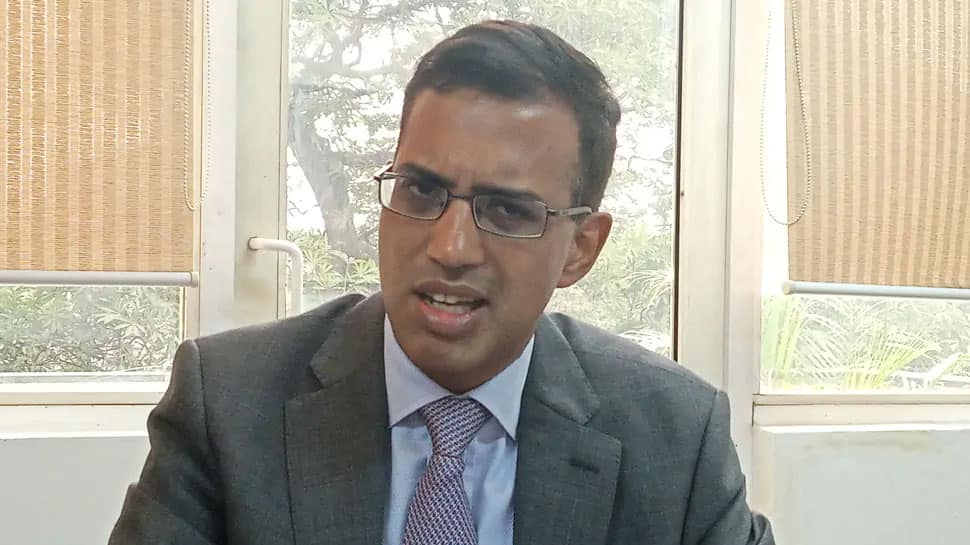 The second allegation against the NSA’s son was that GNY Asia was connected to his elder brother Shaurya Doval and also with the royal family of Saudi Arabia. Responding to it, Vivek said GNY Asia has no business connection with Shaurya Doval.

He said that he had merely asked for some office space from Shaurya’s company ZEUS. He added that help was also sought from two ZEUS employees – Akul Jajharia and Priyanka Dua – who have also been paid a salary of Rs 1,60,000 per month. Talking about the royal family of Saudi Arabia, he said that there were six investors in the company, of which none hailed from the Gulf country.

On the third allegation that he indulged in business in the Cayman Island despite his father Ajit Doval himself mentioning in a report on black money in 2011 that the island was a tax haven, Vivek said that though the place “was named a tax haven, there was no black money involved in his business”.

Investment of as much as Rs 8,300 crore was made in foreign direct investment (FDI) through the Cayman Islands in 2017 and it was alleged that the payment was routed through GNY Asia. Responding to this allegation, Vivek said, “GNY Asia fund started with Rs 77 crore, of which Rs 15 crore was invested in India. But later, our FPI licence was cancelled because SEBI norms required at least 25 investors for the same. Therefore, our India operations ended in August 2017, and later we suffered major losses because of the trade war between China and US. The allegations made by Congress are false.”

The malicious campaign by Congress against the Dovals 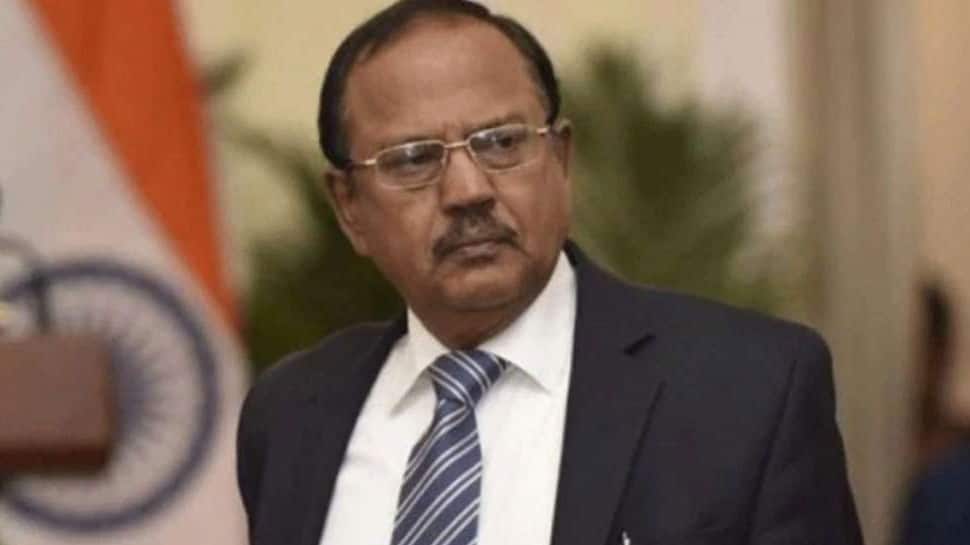 Rejecting all allegations as “baseless”, Vivek Doval filed a criminal defamation suit against Jairam Ramesh and the Caravan magazine and its editor. Expressing anguish at the reference of ‘D-company’ in the article, Vivek told the court that his father had always served the country and even risked his life, fighting enemies of the nation. He said that it was an “attempt to malign his image and that of his brother in front of their father.” “We were born in this country and we will die for this country,” he added.

In his complaint, Vivek Doval had said the magazine and Ramesh had attempted to “deliberately malign and defame” him to “settle scores with his father”.  The court had taken cognisance of Vivek Doval’s criminal defamation complaint in January 2019 and Ramesh was granted bail in May 2019.

The apology was accepted by Vivek Doval, and the Delhi court hearing the matter subsequently closed the case against Ramesh. Even though Additional Metropolitan Magistrate Sachin Gupta has shut the case against Ramesh, the defamation proceedings against the magazine and journalist Kaushal Shroff will continue.

India to take over as UNSC President for August, focus on counter-terrorism | India News

‘India has no commitment of submitting fresh targets for cutting greenhouse...

What people are wearing, buying as they head back to the...

‘India has no commitment of submitting fresh targets for cutting greenhouse...