Surveillance was mounted in the evening of Friday (May 21) by the DRI, based on specific intelligence that gold that had been smuggled into the country in the form of gold paste using the International Airports in the region, was to be transported by road through Karnataka to delivery locations elsewhere. This smuggled gold had been readied for transportation by the smuggling syndicates by consolidation and compaction of the metal in the gold paste.

After a long surveillance effort in heavy rain, a Kerala Registered Vehicle that appeared to be navigating its way by following the back roads was identified by the DRI officers to be the suspect vehicle. 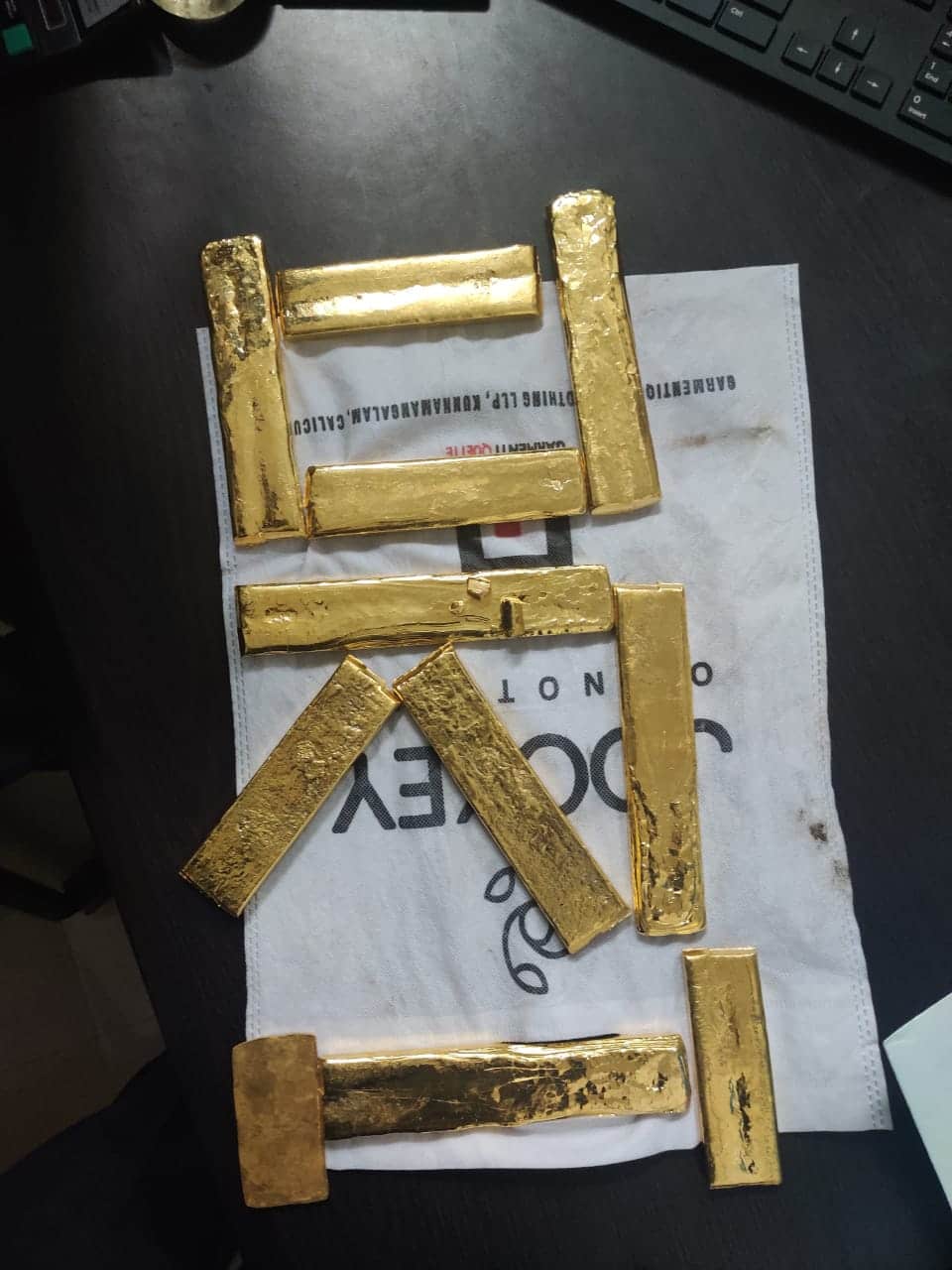 The second team of DRI officers attempted to intercept and stop the vehicle near Hiriyur in Karnataka by creating a vehicular blockade, but the suspect vehicle crashed through the barrier and proceeded at high speed towards Chitradurga.

Showing stout resolve and determination, despite having narrowly escaped being crushed by the speeding vehicle, the DRI officers again boarded their vehicle and gave chase for over 30 minutes; the suspect vehicle was finally intercepted and made to come to a stop near Chitradurga, Karnataka.

Following due process, the officers of the DRI proceeded to search the vehicle; the search resulted in the recovery of 9.3 kg gold in crude form that was concealed ingeniously in a purpose-made deep cavity under the co- passenger’s seat. No documents were found in the vehicle or on their person to evidence licit possession of the gold.

The two passengers in their statement tendered under Section 108 have stated that the gold recovered from their possession had its origin in the gold smuggled into the country in paste form through the International Airports. Both the said passengers have been arrested by DRI on 22-05-2021.

India won’t compromise with its digital sovereignty under leadership of PM...

Meet JNU computer operator who holds 9 Guinness records for his...

Entertainment industry will recover from Covid

Meet JNU computer operator who holds 9 Guinness records for his...