Chennai: Based on information from the Directorate of Revenue Intelligence related to gold smuggling from Sharjah, Air Customs officials intercepted a passenger who arrived via Air Arabia flight G9-471. 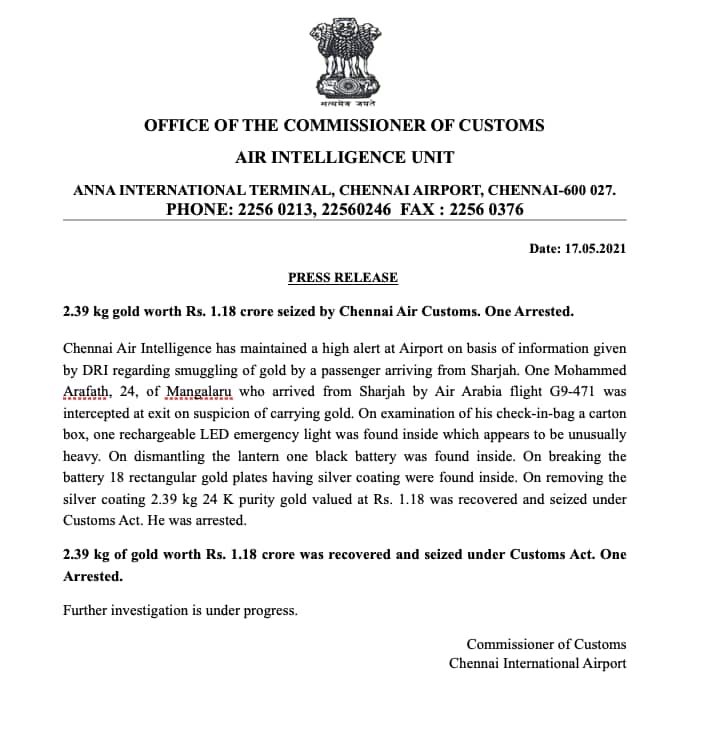 According to officials, examination of his checked-in baggage revealed an LED Emergency Light, which appeared to be unusually heavy. On being dismantled, a black battery was found in the case. 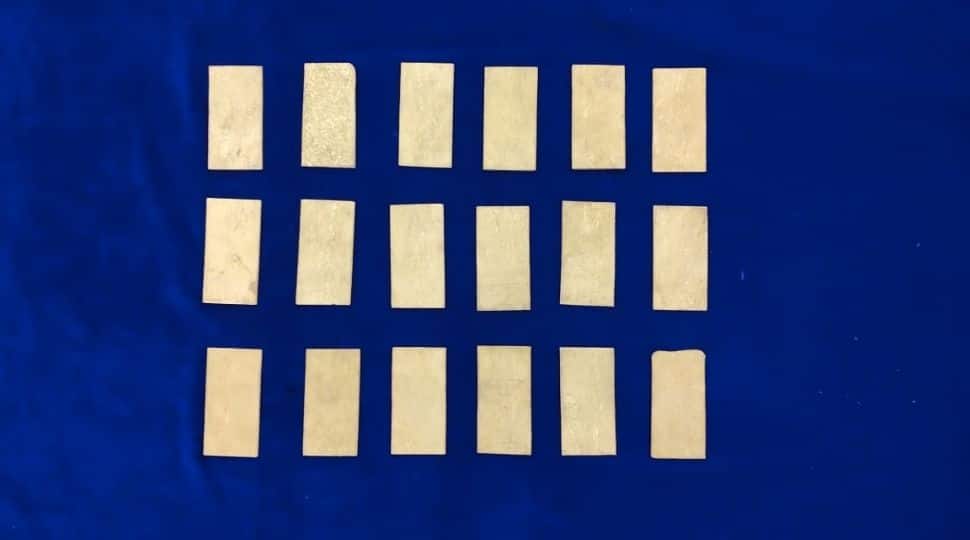 On breaking the battery, 18 rectangular gold plates having silver coating were found inside. 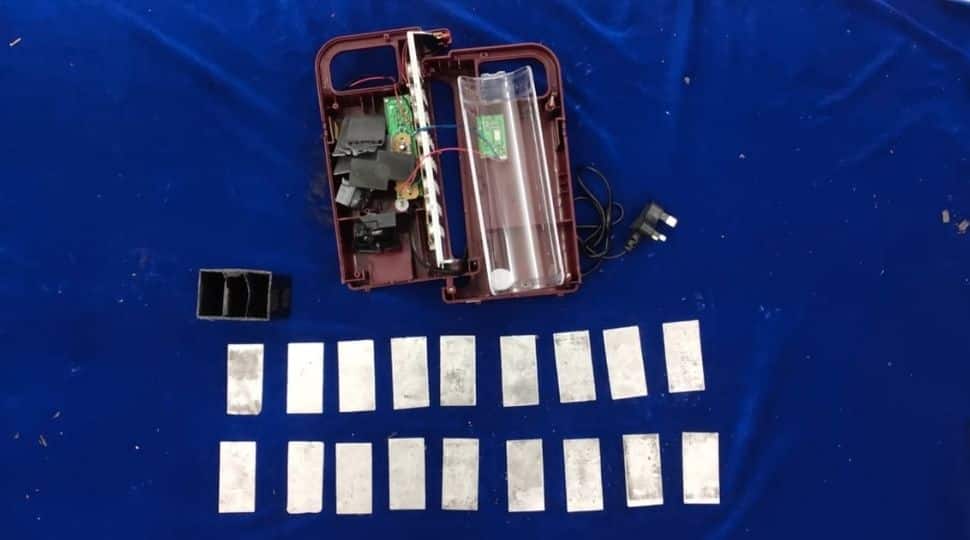 On removing the silver coating 2.39 kg gold of 24K purity valued at Rs. 1.18 was recovered and seized under Customs Act. The passenger who was identified as Mohammed Arafath, 24, who hailed from Mangaluru, was arrested.