Steve Smith opened up on his relationship with Virat Kohli, India’s upcoming tour of Australia 2020 and India skipper’s gesture towards him and David Warner during the World Cup 2019. 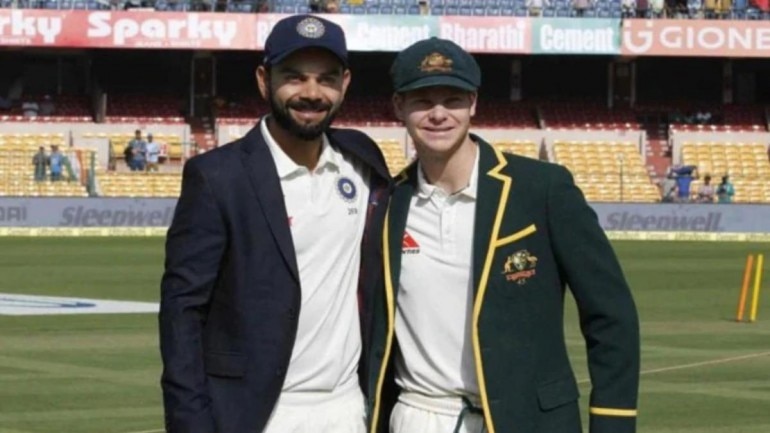 Steve Smith opens up about his relationship with India team captain Virat Kohli. (Courtesy by BCCI)

Australia’s batting talisman Steve Smith feels that India’s upcoming tour of Australia later in the year is going to be special and he can’t wait to play against Virat Kohli’s side.

Smith had missed India’s historic away Test series win over Australia in 2018 because of their one-year bans for their involvement in the infamous ball-tampering episode in South Africa. In the absence of the duo, India recorded its first Test series win Down Under in 2018-19.

India are slated to tour Australia for a grueling four-Test match series, set to begin at the Gabba in Brisbane from December 3. The second Test will be a Day and Night affair, to be hosted by the Adelaide Oval.

“I had few conversations with him (Virat) off the field, few messages here and there in recent times just to see how things are going in India. He is a terrific guy and we both play hard out on the field and play as well for our respective teams and its part of the game,” Smith said during the ‘Cricket Connected’ show on Star Sports.

What did you make of @imVkohli asking the crowd to applaud @stevesmith49 at the ICC #CWC19?

Catch the Aussie superstar himself talk about it and more on #CricketConnected! pic.twitter.com/kYhsX2vFBh

Steve Smith also said that he appreciated Virat’s gesture in the World Cup to the Indian fans that were giving him and David Warner a little bit of a stick.

“Virat’s gesture in the World Cup to the Indian fans that were giving Me (Smith) and David Warner little bit of a stick, I appreciated that and I share that with him straight up,” Smith opened up on Kohli’s gesture during the 2019 World Cup last year.

Virat Kohli had urged the Indian supporters to stop jeering Steve Smith because of his involvement in the sandpaper scandal during India’s World Cup clash against Australia last year.

Steve Smith vs Virat Kohli has been one of the most-talked-about subjects during social media interactions between players and experts during the lockdown due to Covid-19. However, the Australia batsman stayed away from giving a verdict but heaped rich praise on Kohli.

“He is a terrific guy and the way he has lead the Indian Team has been amazing, they are amazing side and can’t wait to play them when they come out to Australia this year will be something incredibly special.”

US says window open for Iran nuclear talks but won’t be...