New Delhi: Prime Minister Narendra Modi’s call to roll back the three contentious farm laws, which prompted a nationwide agitation headed by famers’ bodies, was welcomed by our B-town celebrities with open arms. From Rich Chadha, who is known to be quite eloquent about socio-political issues, to Taapsee Pannu among many others have celebrated the move as the victory of farmers.

Here are some reactions from the Bollywood celebrities on the revoke of farm laws.

Richa Chadha, while congratulating all the protesting farmers called Modi government’s move a victory of the farmers.

“You have won! In your victory is the victory of all,” wrote Chadha.

Calling it a wonderful news, actor and philanthropist Sonu Sood also took to Twitter to express gratitude for the farmers and Prime Minister Narendra Modi for taking back the farm laws.

“This is a wonderful news! Thank you,@narendramodi ji, @PMOIndia for taking back the farm laws. Thank you, farmers, for raising just demands through peaceful protests. Hope you will happily return to be with your families on the Parkash Purab of Sri Guru Nanak Dev Ji today,” wrote Sood.

Actor and singer Diljit Dosanjh, who openly extended support to farmers by joining the agitation and often locked horns with Bollywood actor Kangana Ranaut on famr laws issue, also reacted to the announcement. 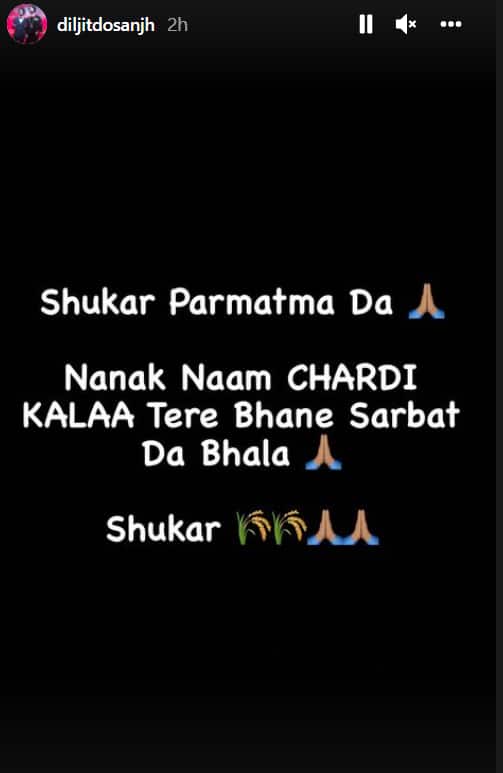 Other celebrities to react on the news are Gul Panag and Shruti Seth.

Thanking PM Modi for the repeal of the three farm laws, Gul Panag on Twitter wrote, “Grateful to @narendramodi for repealing the Farm Laws, finally.Folded hands I wish we didn’t have to let the impasse last this long, cause so many lives to be lost. And demonise, debase, delegitimise the Farm Protest and the protestors.”

“Let this be a lesson for future Governments to find the means & the will, to engage with all stake holders when bringing about reform. And also a lesson for law makers -that legislative procedure can’t be circumvented by passing laws in minutes, without discussion & debate,” Panag further added.

Meanwhile, actor Shruti Seth remembered the protesters who lost their lives in the struggle and applauded their efforts.

“So many lives lost. Such a heavy price. But proud of the farmers for holding their ground, peacefully!” wrote Seth.

For the unversed, Prime Minister Narendra Modi on Friday (November 19) in his address to the nation announced the governement’s decision to roll back the three controverial farm legislature that led to a nationwide agiatation on Delhi borders for over a year.