In his recent post on Twitter, Australia opener David Warner said that he now wants to get back to the field and does not want to shadow practice anymore in his backyard. 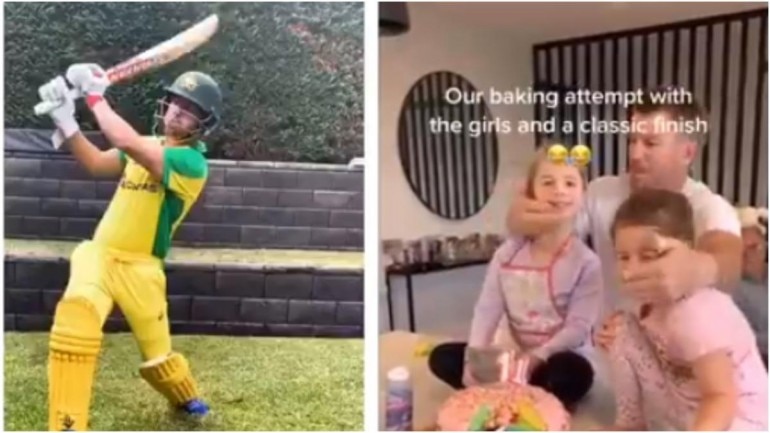 The ongoing Covid-19 crisis has led to the suspension of sporting activities across the globe and has also put a series of major cricketing tournaments on hold. Amid this time when the sportspersons are forced to stay indoors, they are trying to keep themselves busy with training at home but at the same, they are also craving to go out and play.

Australian opening batsman David Warner has been seen cherishing the family time in the lockdown period. Through his posts on social media, it is also known that Warner is trying to keep in touch with cricket with some shadow batting at home. However, in his recent post on Twitter, Warner said that he now wants to get back to the field and does not want to bat anymore in his own backyard.

In another video posted on Sunday by Warner, he was seen baking with his family.

Ok, I am over it now, when can we get back out there. I am bored shadow batting in the backyard . #cricket #goingmad pic.twitter.com/t4jg98pshp

David Warner has been quite active on social media since the suspension of sporting events. In cricketing terms Warner has adapted to the new situation and is an ‘artist’ now. The batsman is mastering the Indian moves in his TikTok videos.

Recently, David Warner was seen acing the ‘Bala’ move of Akshay Kumar’s 2019 movie ‘Housefull 4’. Akshay Kumar was bald while doing the steps but David warner is suited up while moving his feet.